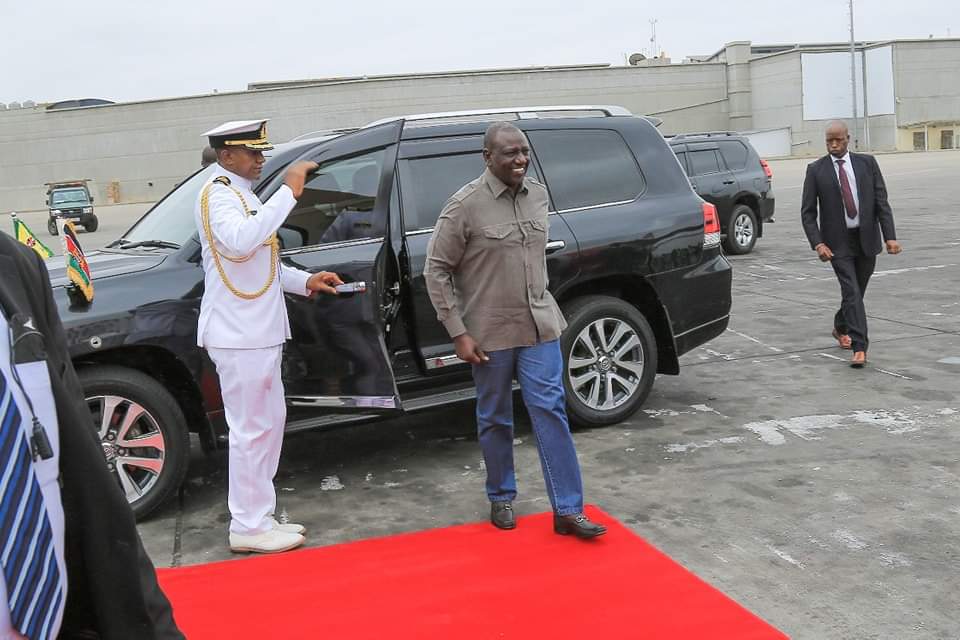 President William Ruto has for the better part of the last 3 years seen riding on a Lexus Lx 570 while touring various parts of the country.

However after being sworn in last on Tuesday, President Ruto ditched the beast for an armored Toyota Land Cruiser 200 series, commonly known as the Land Cruiser V8.

Former president Uhuru Kenyatta was the first to drive the armored SUV.

Many people had expected Ruto to go back to his favourite Lexus LX 570 last weekend when he went to Naivasha for the Kenya Kwanza parliamentary group meeting where the ruling alliance was to pick names of MPs who will lead the camp in the National Assembly and in the Senate.

In the event President Ruto was captured on video alighting from a military chopper and was welcomed by a group of officials and police chiefs.

Ruto’s Presidential Escort Unit, led by the deadly Pepita Ranka, escorted him to the Land Cruiser which had Kenyan and presidential flags. 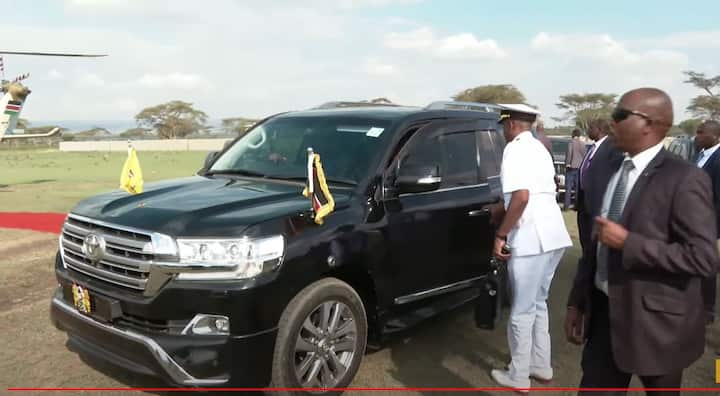 Weighing an estimated 2.7 tonnes and an intimidating front grille, the gigantic car boasts of an enviable off-road capability thanks to its 4.5-litre V8 engine.

Additionally, it is equipped with run-flat tires, allowing it to travel a substantial distance despite punctures.

The vehicle most likely possesses the B7 protection level of armouring, which is effective against a variety of armour-piercing shots fired from very high-velocity guns, including sniper rifles.

However, the Land Cruiser cannot entirely protect the president because it is frequently accompanied by a runner car equipped with electronic warfare technology.

The LC comes complete with a Run Guard System fitted on the wheels permitting continued movement of the vehicle even if all tires somehow get punctures.