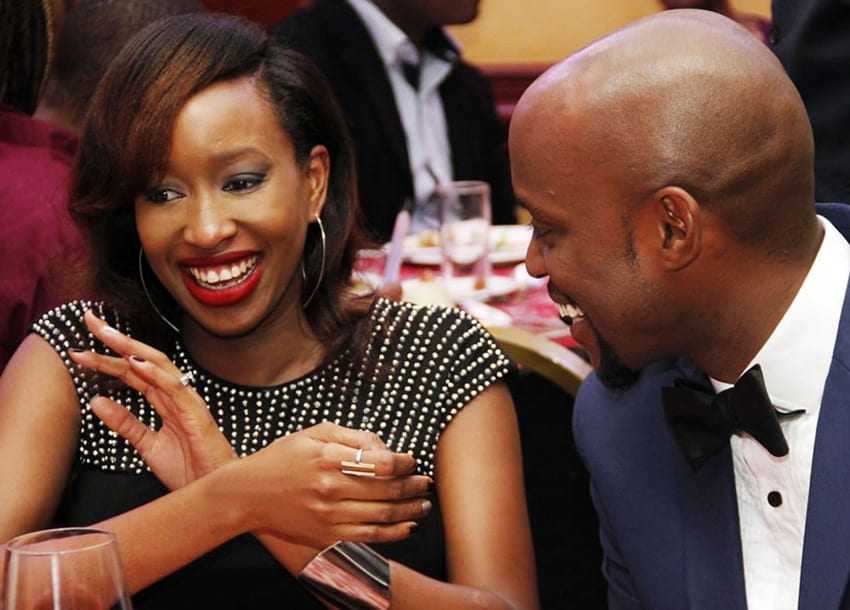 Janet Mbugua’s ex-husband, Eddie Ndichu, cheated on her with multiple women while pregnant with their second child, a reason she had to walk away.

According to different sources close to the former Citizen TV news anchor, she walked from her marriage after busting her hubby of six years with a younger woman in their matrimonial bed.

The source also claims that he also used to assault her and at times, she would miss business meetings after sustaining injuries.

The source, who claims to know Eddie and his twin brother Paul, also said Paul’s marriage died because of the same reasons.

The expose comes after the twin brothers were exposed for attacking two women who rejected their advances over the weekend.

Taking to social media to respond to the twins being exposed, the Inua Dada champion who has been tirelessly campaigning against Gender Base Violence said that she was saddened by the happening and hopes the law will take shape.

“I am saddened by increasing incidents of Gender-Based Violence. Over the last decade, I have joined my voice to efforts to #EndGBV. I condemn all forms of GBV irrespective of who is involved and will continue to speak out against it. We have laws in Kenya and justice must prevail,” she said on her social media pages.