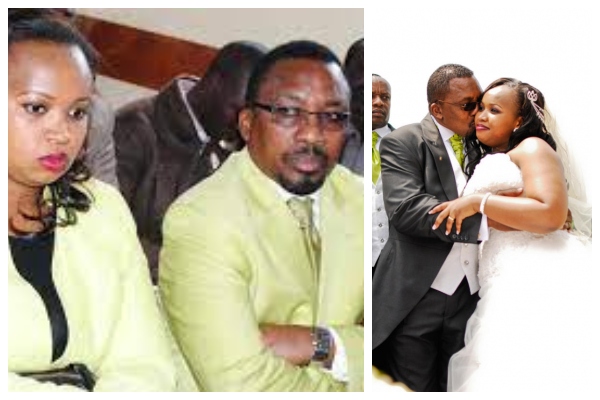 Controversial preacher James Ngángá has found himself trending yet again after sharing his past promiscuous life.

Ngángá, who has been serving adult-rated sermons lately, revealed in front of his congregation how he impregnated different women during his heydays.

“I am a grandfather to so many kids, some are in Kirinyaga, some are in Ukambani, some in Nakuru. In Kisumu I don’t have maybe one or two from those who were living in Mombasa,” says the pastor in a controversial clip.

“Sometimes, I go to Ukambani and look at people and say, this looks like me. ( Saa zingine naendanga Ukamabani naona nikama hii ni yangu hii.)”

READ ALSO:Citizen TV Manager Joe Ageyo Reveals What Raila Should Now Do To Junet After Tainting His Delicate Relationship With Mt Kenya

Following the remarks, Sasa TV, his TV station, issued an apology following his dirty sermons that have been also aired live without any warning.

The station was also responding to Ng’ang’a’s recent comments that Murangá elders “die like dogs”.

“To our esteemed viewers, we sincerely apologize and sorry for the content aired on 3rd Oct, 2021 during live service which breached our editorial policy and CAK regulations. We assure you this will never happen again, “Sasa TV said.

The apology also comes just a  week after another clip of the pastor confessing he has over 70 children in Kenya went viral. 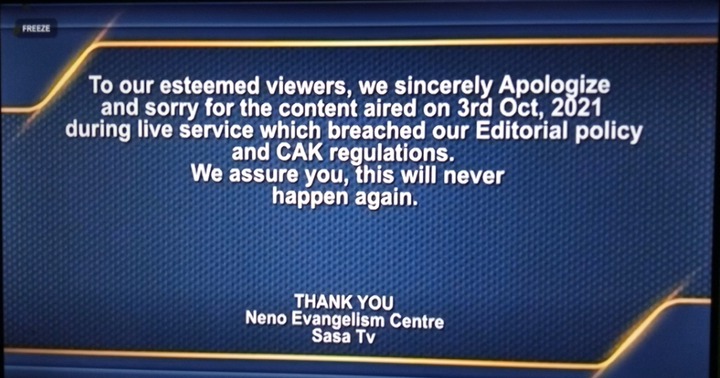 Ngángá confessed again in church that before marrying his 35-year-old wife, he used to sleep around a lot.

”I tried everything and when I say I have over 70 children, I mean it. I have 3o in Ukambani, twenty something in Mombasa, Nyandarua and Murang’a. One left with a seven-month pregnancy took her clothes and she never came back. I had to call myself into a meeting,” He said.