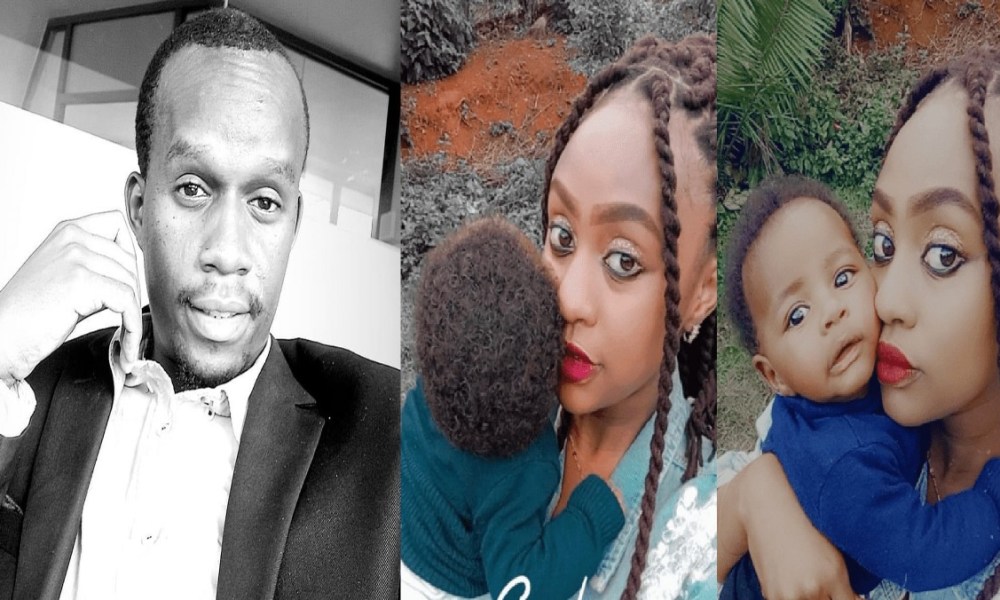 A Royal Media Service worker accused of conning Kenyans online close to Ksh 800,000 together with his alleged girlfriend surrendered to police on Tuesday 17, following a public outcry.

Shirleen Mukami, a young mother who went viral early this week after making public her suffering, and her alleged boyfriend Kenneth (Cabu Gah) who writes for Citizen Digital, reported to Kasarani Police after being accused of raising money under false pretense.

Mukami on social media had asked for help claiming that she had started a support group dubbed “Baby Shower Sisters” to help struggling young mothers.

Kenyans went on to donate close to Ksh 800,000 before the couple was exposed by blogger Edgar Obare for lying.

According to Mukami who spoke to Kenyans, the initiative is real and not a con game as many claimed. She said she reported to the police with Cabu Gah following the accusations.

“Hey. I’m actually with him here. We want them to launch investigations on the alleged screenshots. I’m here with my team to clear the confusion. We are innocent and haters will not jeopardize our campaign. Thanks,” Mukami said.

Mukami, in a statement, also shared on her social media pages, distanced herself from the alleged syndicate, stating that she was not aware of Gachie’s conversation with his friends. She, however, neither confirmed nor denied reports alleging that the two were in an intimate relationship.

“I, a single mom, approached Kenneth Gachie to help me popularise my initiative. As stated here already, he has been good at that and successfully did a campaign for his sister last year to buy an electric wheelchair and make donations to spinal injury victims.”

“I’ve known Kenneth to be good with social media and believed he would help popularize my initiative and he did,” she defended herself.

Fundraising platform M-Changa where the two raised the cash also started sending notifications to people who had donated that the ‘Baby Shower Sisters” saying that the fundraiser was unverified and it didn’t fully meet its due diligence criteria and that it’s under investigation.

“Please expect a full refund of your donation in the next few days,” areas their statement.

Mchanga are going to refund your moneys pic.twitter.com/4P6YqntYhJ