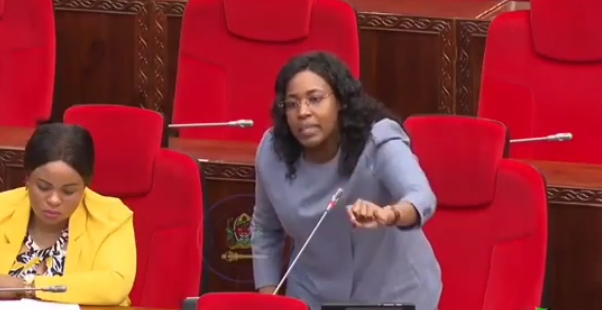 A Tanzanian MP Nusrat Hanje recently stole the show in parliament after urging her colleagues to vote for Diamond Platnumz in the upcoming BET awards.

Diamond was nominated for the Best International act award after yet another successful year in music for the Tanzanian superstar.

Chedema Special Seats lawmaker Hanje, who is clearly a huge fan of Diamond, took the chance during a parliament session to urge people to vote for one of their own so he could bring the award home.

“I ask that Diamond Platnumz be assisted in order to make sure that he wins the award because of the name of the country, let’s leave everything else out of it,” Nusrat said.

She went on to shower Diamond with praise for his musical prowess as she urged the Tanzanian government to come up with ways to protect and help their artists reach higher levels.

Despite his prestigious BET nomination, Diamond faces tough competition to win the award.

His most fierce rival perhaps is Burna Boy, Aya Nakamura and Wizkid.

The 2021 awards will be held on June 28, which is a tad earlier than the date they are usually held.