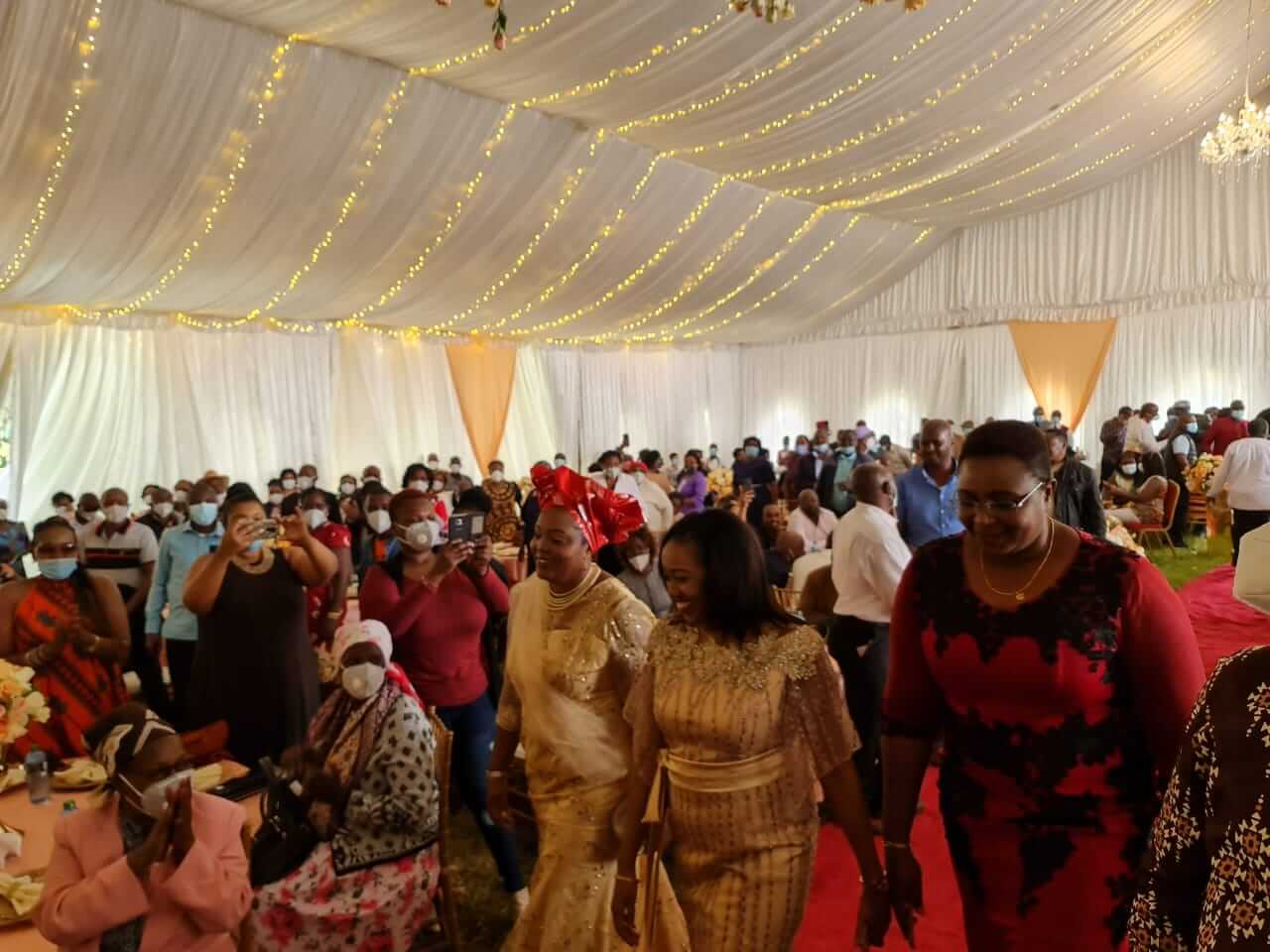 Susan Kihika on her wedding day

(KDRTV) – Nakuru Senator Susan Kihika has tied the knot with her long time boyfriend Sam Mburu in a traditional wedding.

Deputy President William Ruto was the chief guest in the ruracio ceremony held at Marmanet in Laikipia County on Saturday. Several Tanga Tanga politicians were also in attendance.

“Congratulations Senator Susan Kihika and Samuel Mburu on this magnificent milestone. Our best wishes and love as you build your lives together,” Ruto said after the ceremony.

Susan Kihika’s relationship with the controversial billionaire has been in the public domain for more than eight years. It is believed the two made in the run-up to the 2013 elections when Kihika was running for MP.

The relationship blossomed when she became Nakuru County Assembly Speaker. Mburu is believed to have been the man who financed her flashy Senatorial campaigns in the 2017 elections. Kihika is among the few politicians who traversed Nakuru in a branded chopper.

Today @susankihika ruracio in Nyahururu. It was a remarkable day. We thank God. Blessings to you my daughter Susan and Mburu. I was privileged to be part of you special and memorable day. pic.twitter.com/GvLjCzqC3W

Mburu, a businessman with interests in logistics, is a close associate of Deputy President William Ruto. Perhaps they share the same ideology of grass to grace as they are both hustlers. Mburu’s parents were charcoal burners in Solai.

In December 2018, Mburu was arrested over a Ksh 64 million. The case is still ongoing in a Kenyan court.

Congratulations @susankihika, may the dowry get accepted before Man and God. May your streams of Love forever flow in full Grace and the Friendship of you have sealed in acceptable tradition grow as strong as the Mugumo Tree. pic.twitter.com/9bQZ84OdAA

Mburu divorced his first wife and mother of his two children in 2013. The court awarded the wife a Ksh 597,000 monthly maintenance allowance including 140,000 for food. The couple was allowed joint custody of the kid.

However, Beatrice Wanjiku filed another affidavit in April 2016 blocking Mburu from taking full custody of the children. She said she couldn’t allow Susan Kihika near her children because she hates them.