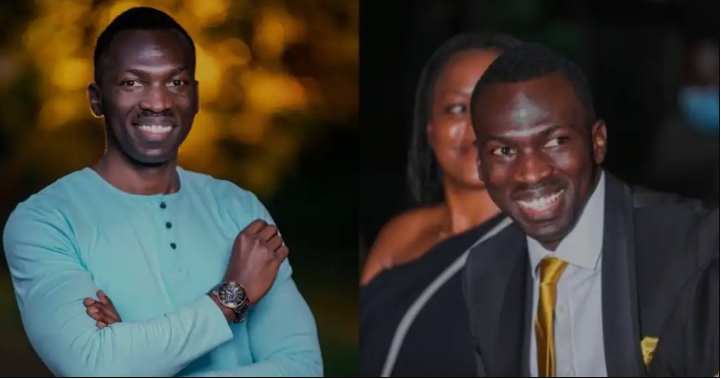 There have been some wild reactions after Citizen TV news anchor Trevor Ombija opened up of how he was dumped by his fiancee just days after paying dowry and dating for 10 years.

The popular news anchor said that he’s not looking to date any time soon after he broke up with his lover.

“I am from a relationship that lasted 10 years. It is one of those relationships that were over, then they are back again,” he said.

“I actually took dowry to her home on December 5, 2015, then akaniacha. She said she needs to find herself.”

READ ALSO: He Stripped Her Naked, Shot In The Air While Holding Daughter- New Shocking Details Of What Njoro Officer Did Before Murder Of Girlfriend

Trevor tried to salvage the relationship but it was all in vain.

“I tried forcing issues for a while! You know when you are dumped and then you try to insist that you can work it out? Ukiachwa, achika. I have accepted and am fixing myself,” he said.

Kiss 100 Fm presenter Jalangó, however, believes the news anchor made a huge mistake by taking too long and also not impregnating his ex.

“Trevor took too long. In 10 years he should have taken dowry, had two kids and even bought a house in Diani,” he said.

“But he took too long, 10 years ni Madaraka day 10. Maybe that is why the lady said she wanted to discover herself. She was wondering ‘I have been here for 10 years then what next?”

Jalas went on to say that relationships can have different outcomes and don’t go always as planned.

“You might date a person for 10 years and don’t get married and this same person might end up dating someone for maybe four months and they end up married,” he said.

Ombija said that he’s taking time away from relationships to heal. He urged people to make sure first they put everything in the past before jumping to another relationship.

“We are still very good friends. Ground haitaki makasiriko. The only thing is don’t take your drama to the next relationship,” he said.