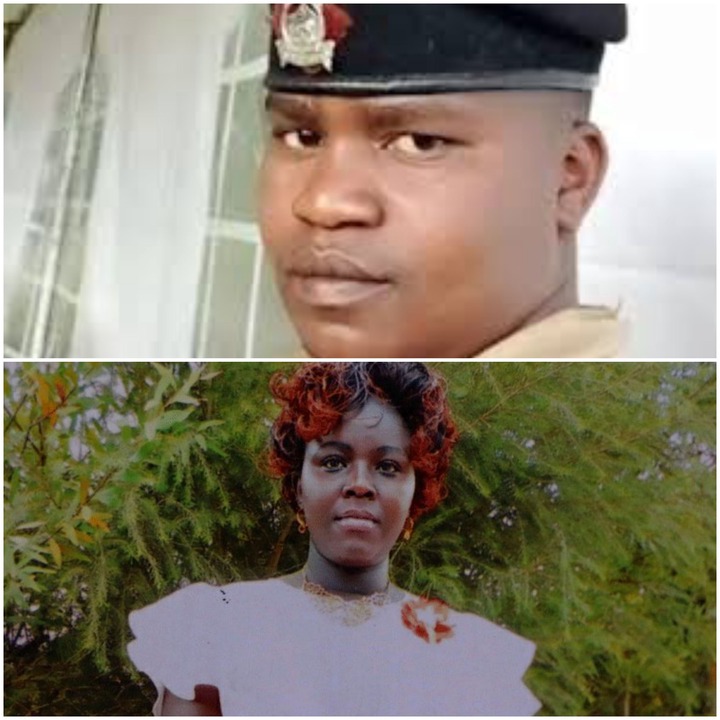 New details over the gruesome murder of Mary Nyambura by his boyfriend Constable Bernard Sivo before he turned the gun on himself have now emerged.

According to police investigation, witnesses and family, Sivo first attacked Nyambura in the evening at her Wines and Spirit shop in Njoro where he forced her to first undress before giving her a thorough beating.

Sivo, 28, believed Nyambura, 29, was cheating on him. He beat her so bad that he broke her leg.

A resident managed to save Nyambura from Sivo as the guard was calming the married police officer down who at the moment was burning with anger.

He reported to work later on as if nothing had happened but after getting wind that Nyambura had been admitted at Njoro Sub-County hospital, he planned his attack.

Sivo while on duty on Monday night at around 1 am excused himself saying he was making a phone call. He stepped out of the premises with a fully loaded G3 and headed to Njoro Sub-County hospital where Nyambura was hospitalized.

Leaving everyone shocked with his angry entrance, Sivo rained bullets at Nyambura while she was still on her bed forcing the medics and a security guard at the hospital to scamper for safety.

Sivo then went back to the station where he ordered his colleagues not to get out of their houses.

READ ALSO: ‘You Might Think They Are Men’-Outrage As Tanzania’s President Says ‘Flat Chested’ Women Are Not Attractive

According to Sivo’s wife Joyce Ndunge, he came shouting that he had killed a woman who was wrecking his marriage.

The police officer went into the house and grabbed his daughter before going outside and started shooting in the air.

Fearing for her daughter’s life, Ndunge tried to go towards him to rescue her but Sivo shot at her thinking it was other officers at first.

Seeing it was her wife, Sivo let her come near him. It is then that Ndunge held tight on his leg begging him not to harm himself. 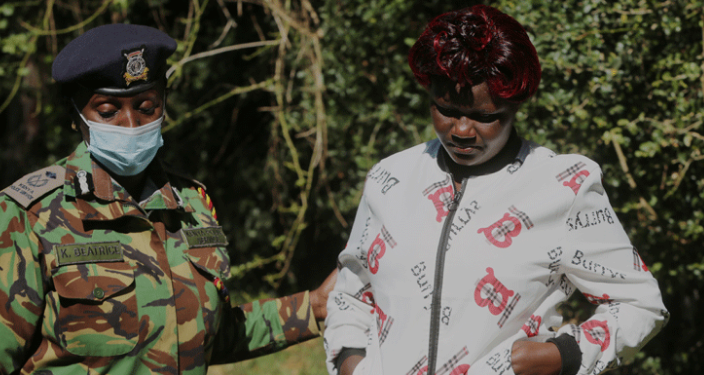 At around 2:30 am, the police officer called out his relatives and in-laws and told them what he had done. He then asked his daughter to go into the house.

By this time a team of police had been set up to go and disarm him but Sivo insisted he’s not ready to go to prison.

Desperate, his wife pleaded with him not to harm himself but it was all in vain as he shot himself on the head dying on the spot after being cornered by fellow police officers.