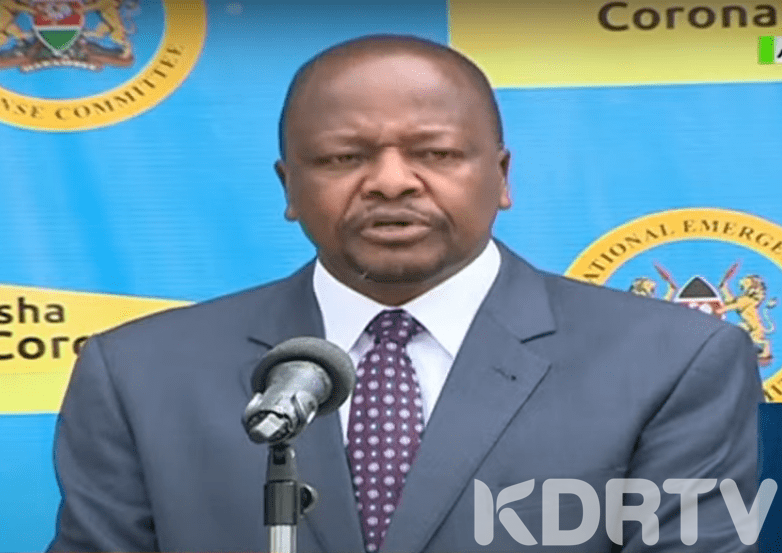 COVID 19 Response Team Dispatched To Siaya After One Daeth

Out of the seven new cases, 6 are from Mombasa County while one is from Nairobi county

According to the Health CS Mutahi Kagwe, despite the seemingly low figures, the dreadful virus has spread widely and now tripling overnight in some countries

The Health CS echoed the warnings by the World Health Organization (WHO) that despite the low numbers in Africa, there were chances that the number would escalate in the coming days

Mr. Kagwe gave an examples of the Kawangware and the Kenya ports Authority (KPA) that had seen escalation in the number of positive cases of coronavirus despite previously having only one case

The Health CS also reported that the government of Kenya through the ministry of health has bestowed efforts on the mass testing that has seen over 25, 000 kits being deployed across the country

KDRTV is aware that the government`s target is 250, 000 samples by the end of June.

Further, the Health CS that the government will continue with the routine updates noting that the MOH has a responsibility to inform Kenyans on what to do in order to flatten the virus curve