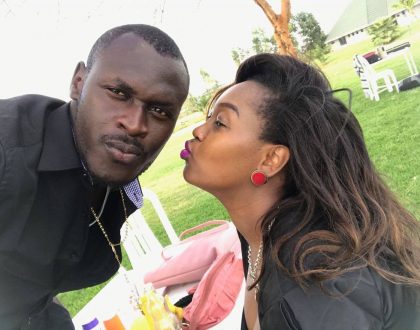 (KDRTV)- Nana Owiti is a television host at Switch TV where she co-hosts a program dubbed the Chat-spot. The cute looking lady is a mother of two and a wife to Kenya’s number one rapper, King Kaka.

Nana knows very well the pressure that comes with being married to a superstar and that is why she doesn’t follow her husband on social media.

She doesn’t want to speculate on anything and start getting jealous which might put their relationship under jeopardy. Nana has some good sense of style and that is why she rocks thrift outfits that look so cute on her, but fashion is so delicate and when you set the bar too high, having a bad fashion moment is not acceptable.

While King Kaka is in Tanzania for business, he has had some time to interact with his Tanzanian fans and has had some fun in the club.

King Kaka went To Tanzania to do some gigs after it became clear that president Uhuru Kenyatta was not going to open clubs any soon.

The president has extended the ban on clubs for another 30 days but he has ordered the ministry of health and other stake holders to sit down and developed protocols for clubs.

His wife on the other hand, has been going on with her normal daily routine. A few days ago, she rocked another dress from her favorite thrift shop but it looks like she got it wrong this time around because, the unforgiving Netizens have been mocking her about that outfit.

She has not responded directly to those trolls but she did it in a very subtle manner by posting another photo of her, in a cute little dress.

Here is the dress she wore that everyone is talking about; 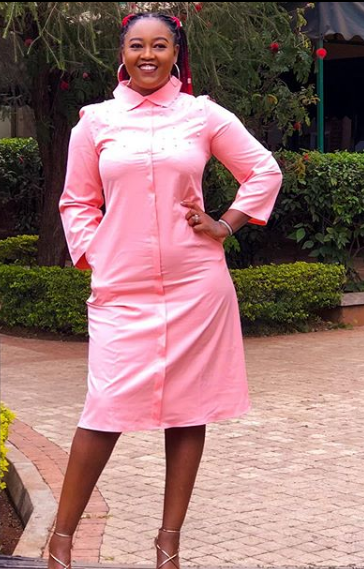 Check out some of the comments from her fans below; 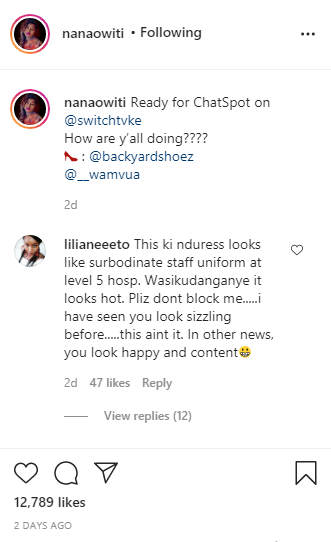