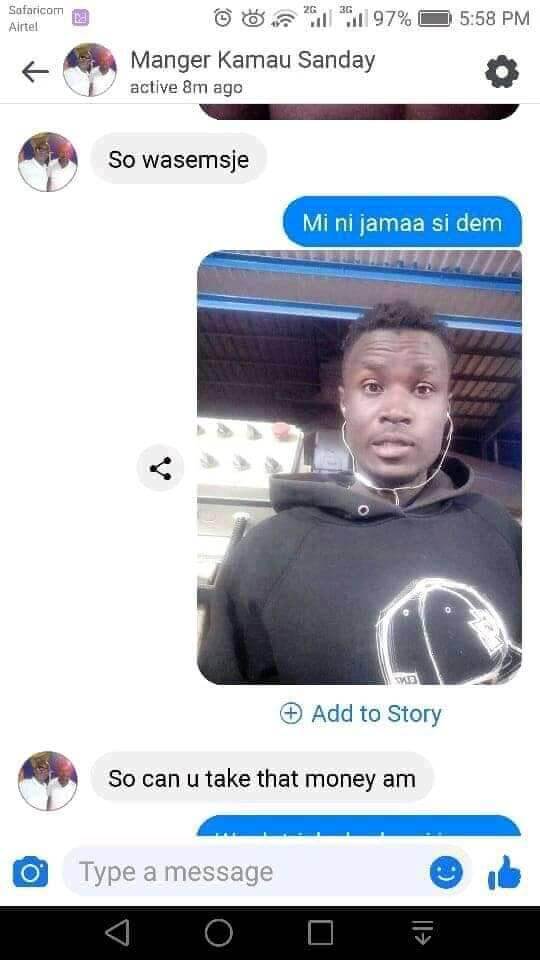 (KDRTV)- A man has been exposed on Facebook after a conversation of him hitting on a fellow man leaked. The guy used a pseudo account but he identified himself as Dan Kamau. Dan was seducing another man called Oscar in an effort to convince him to have a romantic relationship with him.

Oscar tried very hard to put him off by telling him that he is not a woman, but Dan could hear none of that because obviously, he knew what he was doing. Oscar even went ahead to post a photo of himself to convince Dan that he is not a woman. That is when Dan started using other tactics like offering him KES 7000 for a night of pleasure.

“Why don’t you take the money? I can pay you KES 7000. Nobody will know. That can be our little secret,” Dan begged.

To which his target, Oscar replied, “No, you can’t hide anything from God. Even though I’m broke, I do not want your money.”

READ ALSO: Prophet Owuor Exposed Once Again For Doing This To His Followers

The other guy even refused to give him his number. But from the look of things, Dan knew very well the person he was addressing. Check out the screenshots of their conversation below; 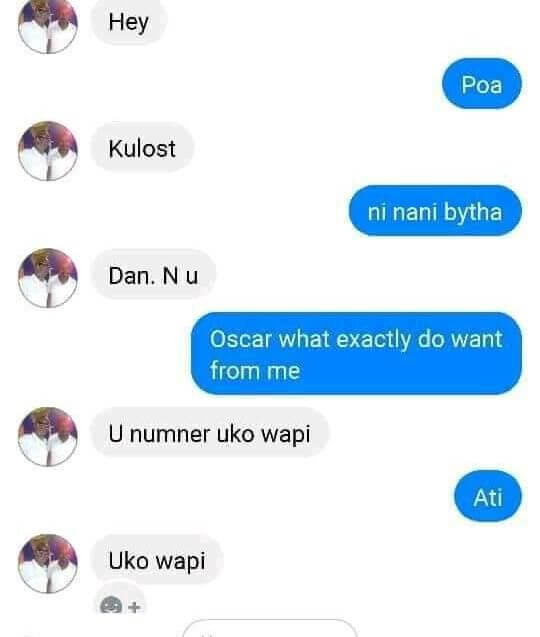 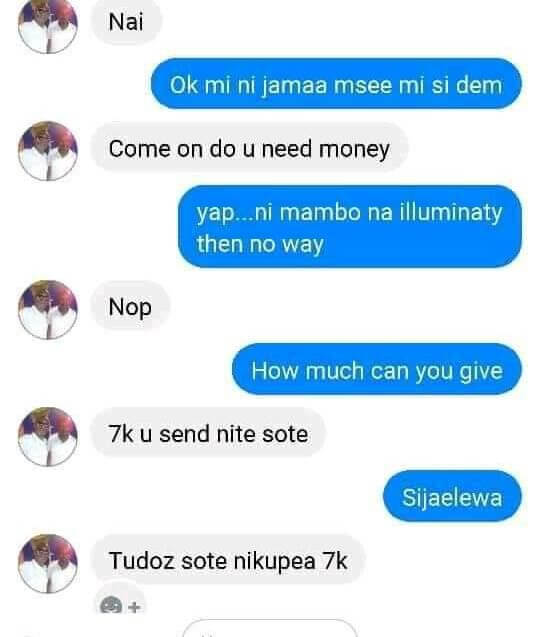 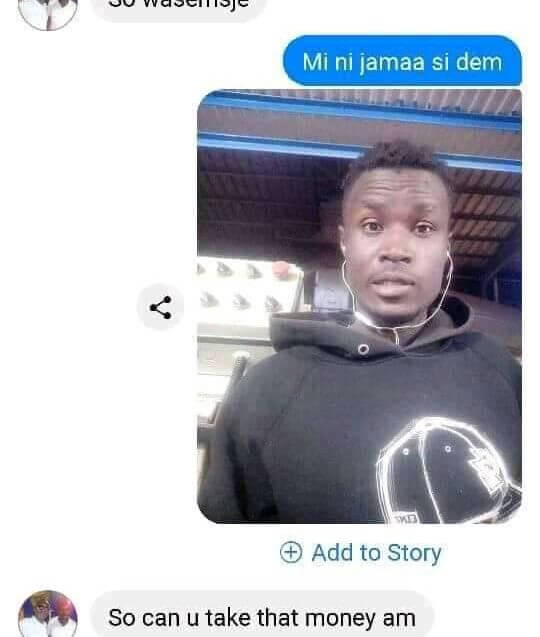 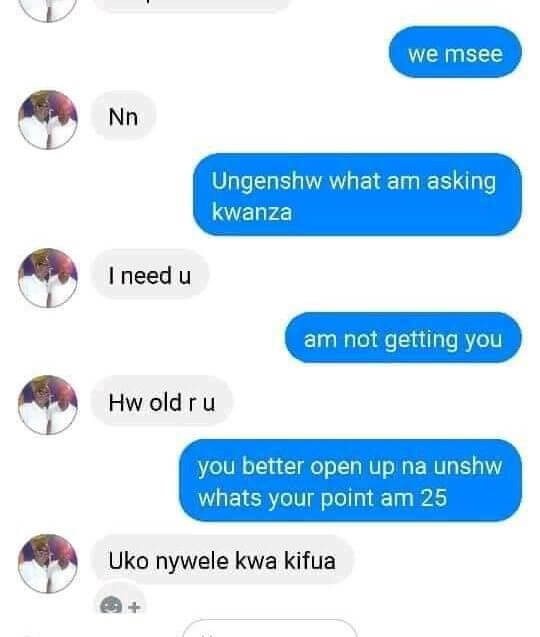 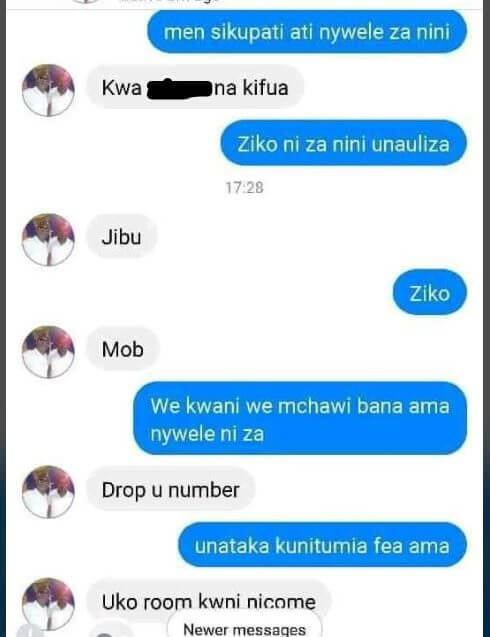 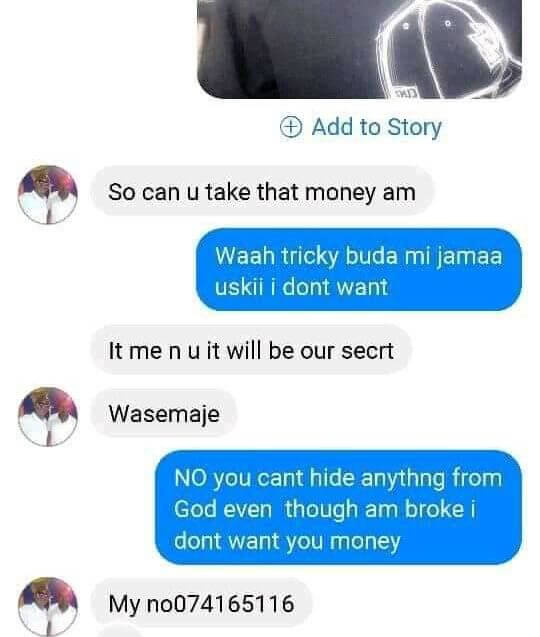 Kenyan is a very homophobic society and therefore same-sex relationships are unheard of. That is why a man will find it very difficult to entertain even a hint of advances from a fellow man. As for women, that is a different story. A woman hitting on another woman does not attract much attention. Anyway, let us know your reaction to this issue in the comment section below.