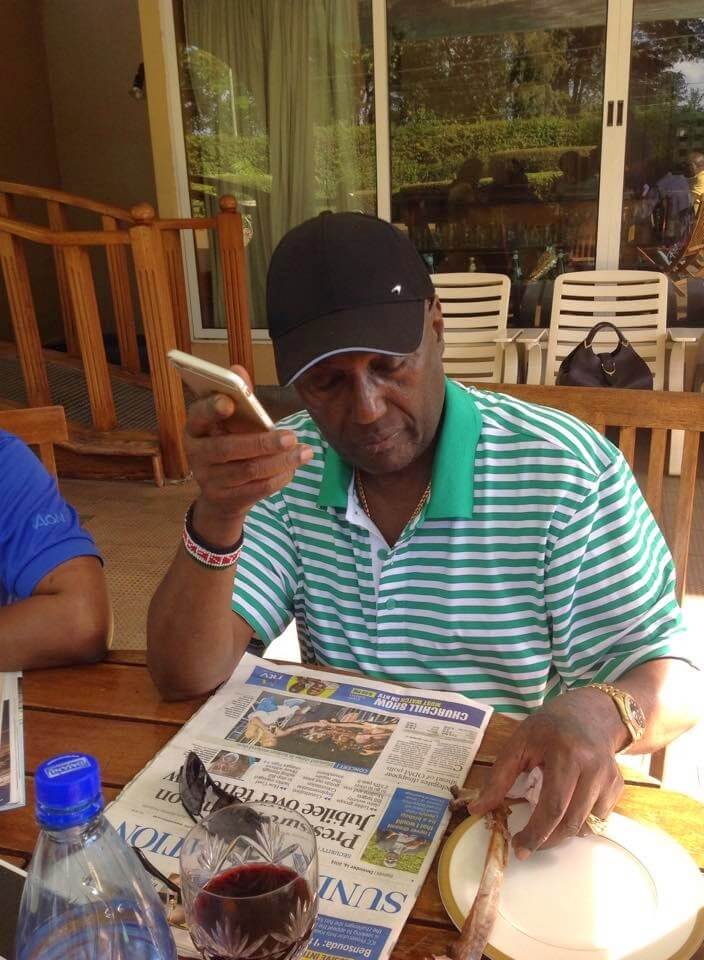 Billionaire Chris Kirubi is one of the wealthiest people in Kenya, he has properties that run to billions. He is a very hardworking, intelligent, and a shrewd businessman, a man of few words. He rose from rags to riches as he was already was an orphan at the age of 8 years but that did not prevent him from becoming successful. Well-wishers saw him through school but by God’s grace, his hard work, and determination are the key factors that made him who he is.

Chris began the journey of success while still in school, working during school holidays to support himself and his siblings. When he graduated, his first job was as a salesman, selling and repairing gas cylinders for Shell, the petroleum conglomerate

The man from Murang’ a is also a non-executive director of Bayer East Africa Limited, UAP Provincial Insurance Company Limited, and Beverage Services of Kenya Limited. In the early 1960s and 1970s, Chris worked as an Administrator at Kenatco, a government-owned transportation company.

By 1971, he began buying run-down buildings in the cities of Nairobi and Mombasa, renovating them, and either selling the renovated structures or renting them out. He was also actively acquiring prime parcels of land in and around Nairobi, which he later chose to erect rental residential and commercial properties on them, using loans from Kenyan financial institutions.

He is a philanthropist and he is involved in a youth mentor-ship program dubbed Ask Kirubi. He finds his peace and happiness by helping to empower African youths through online authorship and physical talks in High schools and Universities in Kenya.

But with all this wealth and success in the business world, Chris remains unmarried many years after divorcing his first wife. Yes, he was once a father and a husband, life that he says he misses sometimes. He misses the times he used to drive his kids to school, help them with their homework, and tuck them in bed to sleep.

Chris says that he strangely misses the disagreements with his ex-wife and the eventual makeups. He however insists that it takes two to tangle that is why he separated from his ex-wife. Not having his family around is one of his biggest regrets as he would have loved to have that normal family life like before.

His divorce was settled out of court but the two were blessed with a son who works at DHL Brussels Belgium and a daughter who is here in Kenya and dabbles in business as she’s a director in several companies big companies owned by her father. The man from Murang’a county has achieved virtually everything in this life but he only failed in marriage something he would have loved to put right because he hates failing. He however has a different view in regard to marriage.

In a recent interview with Business Daily, Kirubi was asked if he intends to marry (since he is in the process of completing his dream home) and his sentiments were quite interesting. Unlike any eligible bachelors or divorced men or women, Chris Kirubi approaches the whole subject differently.

The Mogul believes that you should let marriage come to you and not the other way round. He said marriage comes to you as a blessing and you must not go around chasing after women to marry because you will end up choosing a wrong partner.

Chris feels that love will always find you and he believes if God chooses to bless him with a wife then he will gladly accept it but he will not look for marriage but marriage will look for him and that is why he has remained unmarried for all these years.