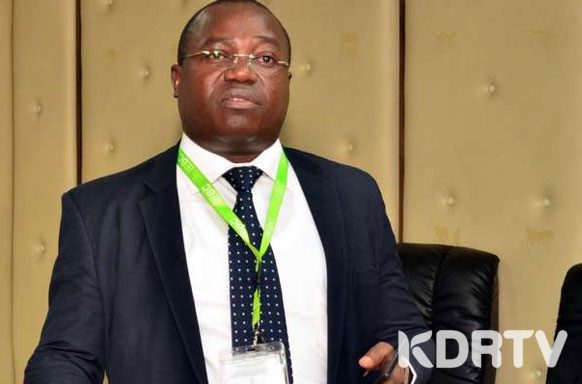 (KDRTV) – Around this time three years ago, the country was riling in shock over the macabre murder of IEBC ICT Manager Chris Msando.

Msando’s mutilated body was found in a forest in Kikuyu on August 31, a few days after being reported missing by his family. Police said he was naked, a few metres away was another body, which was identified as Carol Ngumbu, a Kenya Medical Training College (KMTC) Student.

Msando’s murder sparked a heated debate in the country with countless people calling for an immediate probe. The NASA coalition led by Raila Odinga released a statement saying Msando’s murder was an attempt ‘to drive a dagger at the heart of (the 2017) elections.’ The killers, according to the opposition, wanted to send a ‘chilling message that they will stop at nothing to ensure the outcome they desire”.

A few days after the heinous murder, Ugandan police officers revealed that they had arrested three men who were linked to Msando’s murder.

Police said the men; two Ugandans and a Kenyan had crossed into Uganda through the Malaba border in a Black Toyota Fortuner with fake Ugandan number plates. They were headed to South Sudan.

Surprisingly, the Ugandan officers also found a Kenyan number plate in the vehicle. They claimed that the plate numbers belonged to a Mercedes Benz registered to a Kenyan politician.

“The Kenyan number plate found in the vehicle is registered to a popular Kenyan politician whose name remains anonymous for our cordial regional relationship,” a top Ugandan police officer said.

It is not clear what happened to the men but there was no further information after the vehicle was taken to Ugandan Police Headquarters.

Three years later and no one has ever been arrested over the murder. This week, former IEBC commissioner Roselyn Akombe claimed that Msando’s colleagues sold him like Judas. She further revealed that she is ready to tell a public inquest what she knows about the macabre killing.

On 29 July, I said I will testify at an independent judicial inquest into the murder of my colleague Chris.

It confirms my call for an inquiry. Kenyans deserve the truth. I owe it to you.#JusticeforChrisMsando pic.twitter.com/rHJbXZXfDy

Unfortunately, it seems like Akombe is the only person interested in getting justice for Msando. Almost everyone has moved on and the country is preparing for another election in exactly two years.