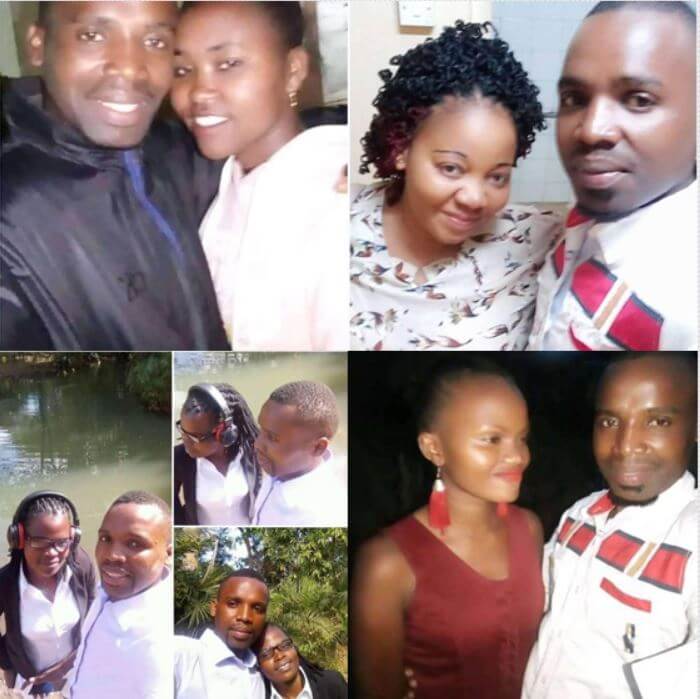 (KDRTV) – George Nesh has finally responded to concerned Kenyans about his HIV status. His photos posing with over 26 women that he has allegedly slept with trended widely on social media over the weekend. The young man who lives in Mombasa has been described by netizens as the Kenyan version of Mike Oliver.

The situation has gotten so out of hand that a WhatsApp group called ‘Nesh the womanizer’ has been created by some women and one of them sent him screenshots of their chats. The group is said to be made of women who have purportedly been involved with him.

“Group members you better dissolve that group. Don’t you see how bees have stormed here? Do u mean I’m gonna fight this battle all alone?” wrote George after posting the screenshots. 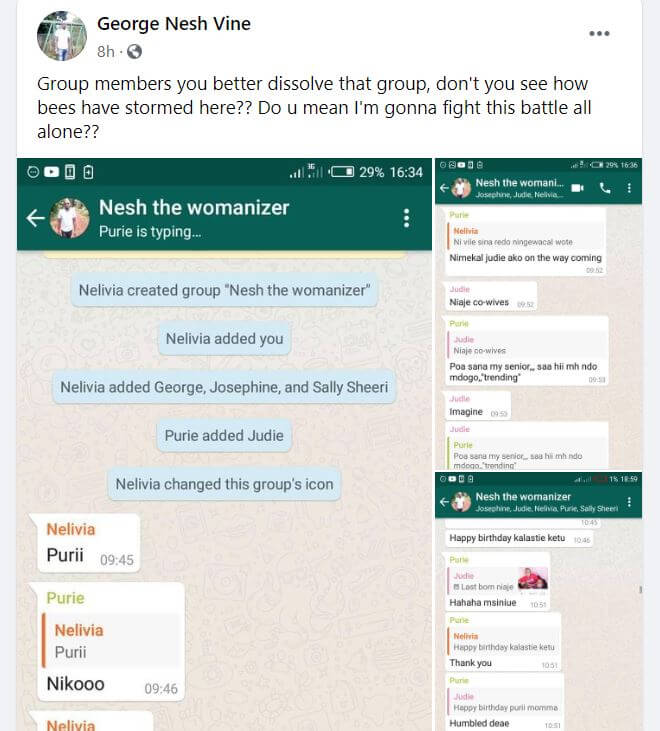 The post attracted several comments and reactions because he has now become a celebrity of sorts. But one comment attracted the embattled guy’s attention. It was a friend that asked him a question about his HIV status and whether it is true that he had infected all those ladies he has been involved with.

READ ALSO:This Is The Tanzanian Beauty Comedian Eric Omondi Has Impregnated As Revenge For Kenyans

“Are you the same Ismael Juma claiming to have infected them with a deadly disease as revenge and that you are on a mission? I see you are on a mission because if you call yourself ‘George Nesh Vine’ here, then wonders will never cease,” asked one Jan Kitoh.

To which George replied, “Jan Kitoh, those are reporters creating their own stories for money. No one questioned me though naona wanaandika eti I said.” 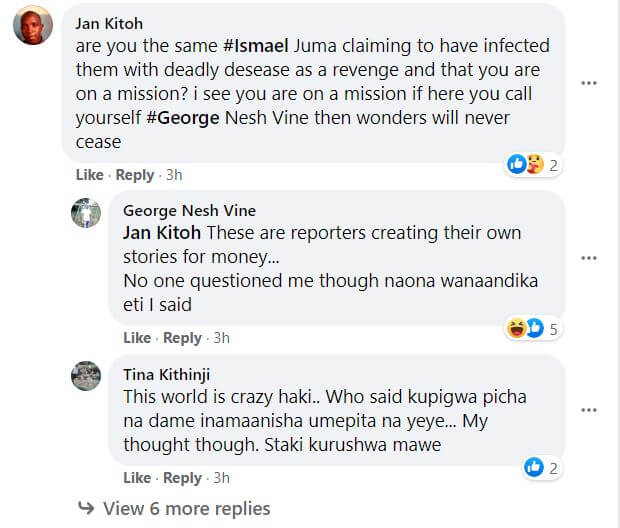 Meaning the guy has not made his HIV status public as some bloggers have been purporting. He could be negative contrary to widespread reports.

As to whether his name is ‘Ismael Juma’ as some bloggers have been calling him, he categorically denied it as shown in the screenshot below. 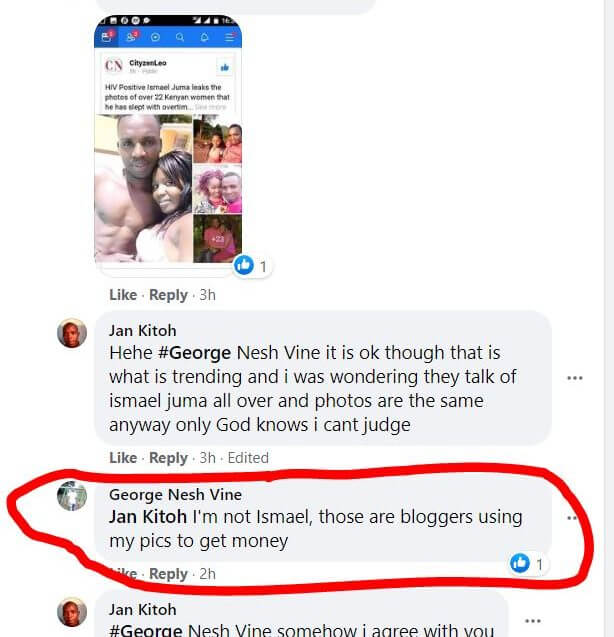