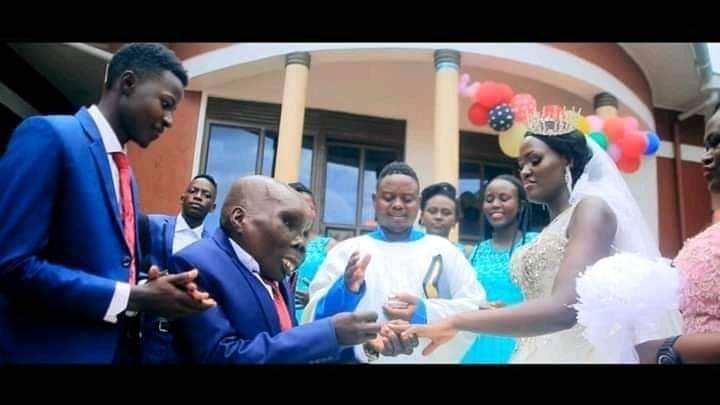 (KDRTV) – Godfrey Baguma popularly known as Ssebabi is a Ugandan comedian and singer who won the crown of being the ugliest man in Uganda back in 2002. He has managed to maintain his crown for the past 18 years due to his extremely unique facial features. The 52-year-old man used to be a cobbler and he suffers from a very rare medical condition that has been featured before in TLC TV’s ‘Body Bizarre’ series.

Godfrey is blessed with eight perfectly healthy children with his first wife Kate Namande. The humble man earned the nickname Ssebabi after winning the ugliest man competition which he participated in just because he needed money to support himself.

The guy who is one of Uganda’s finest comedians has now married a second wife in a simple ceremony at an undisclosed location. It is not clear whether his first wife approved of the wedding or whether they are still together. Here are photos from the beautiful wedding; 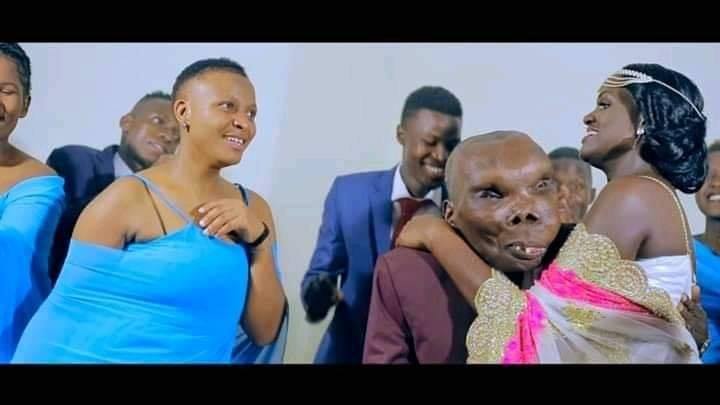 Ssebabi was born in a place called Bubaare in Mbarara, Uganda and he has no surviving siblings or parents, just relatives. All the members of his family died when he was a small child and he never got to know them.

He started working as a cobbler when he was only 15 years old and that is when girls started noticing him because according to him, he had a lot of money and many of them liked him for that. They never seemed to mind his looks.

When he was 20 years, a relative connected him to some 25-year-old girl for him to marry. But unfortunately, the lady cheated on him and he had to dump him. He led a lonely life until he approached Kate Namande who decided to give him a chance.