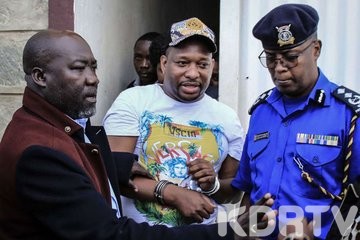 According to our previous reports, Sonko was expected to appear before the magistrate court in Voi on Wednesday, December 18.

Read also: Sakaja: I am Ready to Replace Sonko as Nairobi Governor

“During the arrest, he became abusive, rude and violent in an attempt to resist and obstructing police officers from the lawful execution of their duties.

In the progress, he assaulted and injured the senior police officer leading the team and damaged media equipment,” read a statement issued by National Police Service Spokesperson Charles Owino on Saturday, December 7.

Sonko was arrested and charged alongside other Nairobi county officials of misuse of offices, corruption among other counts