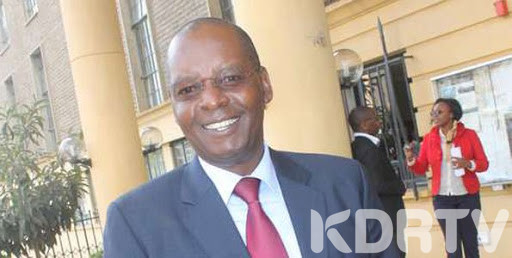 Kimunya replaced Aden Duale in changes announced by Jubilee Party after a PG meeting at KICC on Monday.

While addressing the press after the meeting, Kimunya also took time to thank Duale.

“I want to thank the President for proposing me to take over as the new Majority Leader. It is a big honour and I do not take this opportunity lightly. I promise to do my best to serve the party and also our country. I also want to appreciate the dedicated service that Duale has rendered to this country for the past eight years. I have served with Duale before and I know his commitment,” Kimunya said.

Amos Kimunya, National Assembly Majority Leader: The outcome of the meeting was change in party leadership. I do not take this appointment lightly; it is an honour. I appreciate the dedicated service Hon. Duale has rendered to this country, I know his commitment pic.twitter.com/SUhVVa0Ny4

The new Majority leader revealed that Jubilee Party is not divided and members who attended the PG meeting even shared a cup of tea.

“We had a very cordial meeting that ended with, “See you at the cafeteria” Going forward, we would want to see the Jubilee Fraternity working together in harmony,” he said.