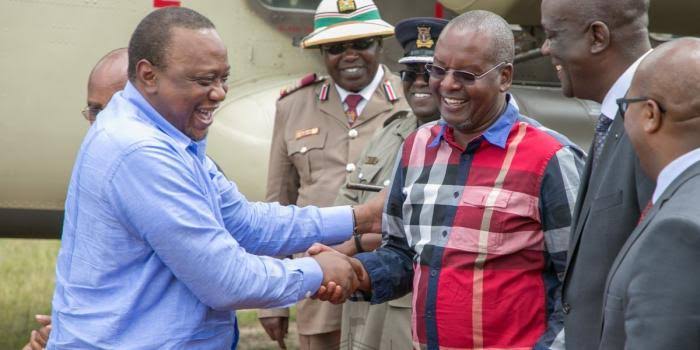 (KDRTV) – National Assembly Majority leader Amos Kimunya has dramatically criticized some of the Jubilee government development projects, arguing that they are not economically viable.

In an interview with Citizen TV’s Waihiga Mwaura, the Kipipiri MP questioned the construction of the Ksh 160B Nairobi- Naivasha SGR line.

“If you asked me, I would not have built the Nairobi-Naivasha SGR. The Ksh 160B could have been put elsewhere because there isn’t any economic activity to guarantee there will be returns on the project in the foreseeable future,” Kimunya said.

Amos Kimunya: We must retain our reputation…we must pull up our socks and support our economy so that we do not have to ask for debt relief #NewsNight @WaihigaMwaura pic.twitter.com/9I8vK8rykH

His sentiments come just weeks before the government starts repaying the Ksh 162B owed to the Exim Bank of China. The Govt took the loan in December 2015 and must start making payments after the expiry of a five-year grace period.

Read Also: President Uhuru Says He Has Done More for Kenyans Than All the Other Presidents Combined

Hon.Amos Kimunya, ML-NA has criticized President’s SGR project to Naivasha calling it SGR to nowhere.He has also faulted the President for poorly thought out electricity projects. Kang’ata&Kimunya’s behavior can only signal one thing – The President is slowly becoming a Lame duck

The Nairobi – Naivasha railway was opened in October 2015. It was meant to ease the movement of goods on transit from Mombasa to Uganda. The government promised to revive the old Meter Gauge Railway (MGR) from Naivasha to Kampala, to ensure goods can be transferred from SGR to the old railway in Naivasha.

However, that has not happened and the SGR line has failed to attract passengers from Nairobi to Suswa partly because it is not economically viable. A passenger intending to use the SGR from Nairobi must first travel to Syokimau before booking the train. It is not only time-wasting but also expensive.

Kimunya also criticized the government’s rural electrification program, arguing that the cost was not factored in.