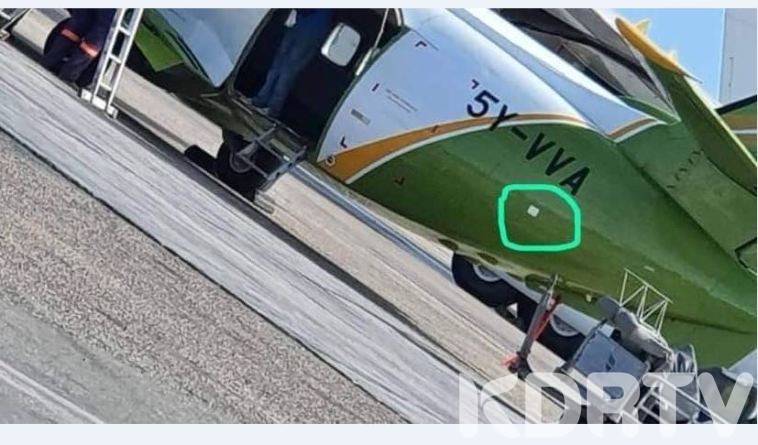 Another Kenyan Aircraft Shot In Somalia Allegedly By Ethiopian Troops

Reports indicate that the Kenyan plane, registration number 5Y-VVA, recorded no injury or fatality during the incident

However, according to the Voice of America (VOA) correspondent in Somalia, Harun Maruf, preliminary reports hints that Al-shabaab militants are to blame for the shooting At the same time, KDRTV understands that several sources in Somalia allege that the downing could have been mistakenly done by the Ethiopian troops attached to the area

Somalian online media agency, Halgan Media asserted that the crew on the aircraft were arrested by the Somalia`s National Intelligence and Security Agency (NISA) agents and phones taken away after the incident.

KDRTV recognizes that this is the second time Kenyan plane is being attacked in Somalian region being protected by the Ethiopian troops with the first incident claiming lives of six crew.

According to our previous reports, on Monday, May 4, 2020 an aircraft called African Express was crashed by Ethiopian troops in Somalia near Bardale Town

On the following day, the Kenyan government obligated the Somalian government and global agencies to investigate the incident

However, on Saturday, May 9, Ethiopian Army admitted that they shot the plane but they claimed to have downed the it mistakenly for ‘potential suicide mission’ 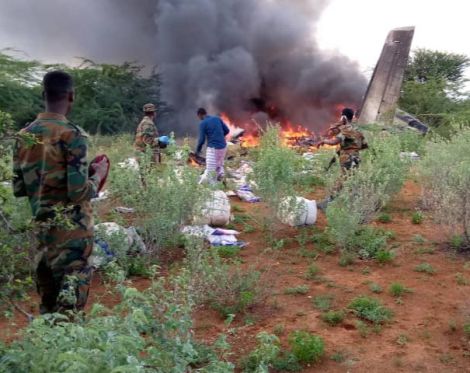 “Because of lack of communication and awareness, the aircraft was shot down. The incident …will require mutual collaborative investigation team from Somalia, Ethiopia and Kenya to further understand the truth,” the Ethiopian military stated.