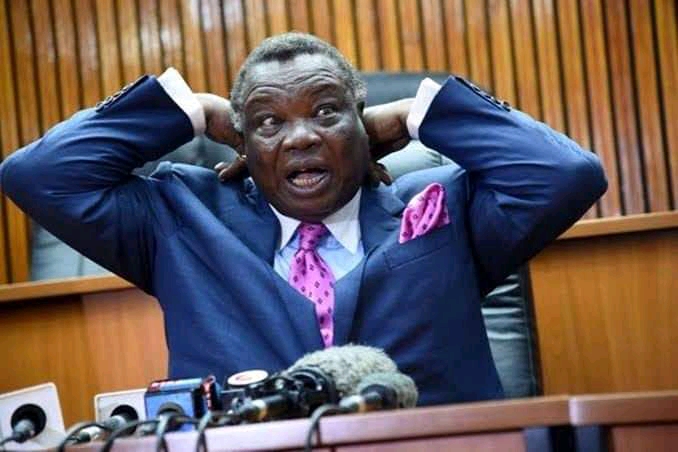 Speaking during the inspection of Bukhungu Stadium ahead of the christened Luhya unity Convention that will be graced by Orange Democratic Movement (ODM) party leader Raila Odinga, the trade unionist hinted that there will be no other political convention or regrouping in Mulembe region on 31st December apart from the much hyped Luhya unity rally at Bukhungu Stadium.

“I want to assure you that there shall be no other gathering on the 31st of December apart from Bukhungu in the whole of Western province. If you are a man or woman, don’t try to use other people’s children. Come yourself and you will see why the donkey does not grow horns,” Atwoli toughly directed harsh sentiments to Mudavadi, Wetangula and Malala.

He also warned Malala to abandon his alleged prior plans to disrupt the Bukhungu rally citing that he (Malala) will be subjected to the wrath of the law. Atwoli informed that he had invited all One Kenya Alliance (OKA) chief principals (Mudavadi, Kalonzo, Wetangula, Gideon Moi and Jirongo) to attend the Luhya unity Convention at Bukhungu.

Mudavadi and Wetangula faulted Atwoli for organizing a Luhya Unity Rally with the undisclosed intention of imposing Raila Odinga’s presidency to Luhya electorates. Mudavadi argued that Atwoli should denounce politics based on tbe fact that he is not eyeing for any political seat in 2022.