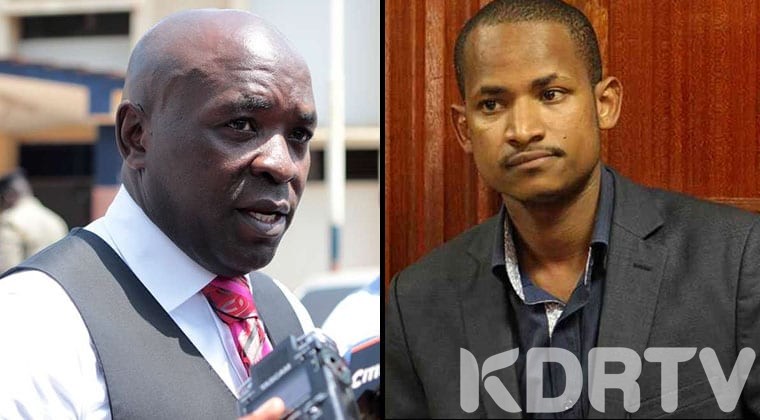 Babu Owinos Lawyer Speak Out Over The Shooting At B Club

According to the lawyer, he alleged that the Embakasi East legislature was provoked before the shooting ensued at the B club in Nairobi

“He (Owino) was approached in a non-friendly manner by someone he considered a friend and physical fight ensued,” Ombeta said

According to Ombeta, the MP had filed a complaint at the Parliament Police Station on November 17, 2019, claiming that his life was in great danger

Thus, he is alleged that the lawmaker had been tracked by unknown persons making him be anxious.

Reportedly, Owino has beefed up his security details, changed the usual routes and kept moving from one place to another

“That thing has been hanging over his head. This (Friday) morning, a person who he eventually realized was his friend, somehow approached him in a way that was unexpected and Babu reacted. I cannot say anything beyond that….eventually, somebody was shot,” said the lawyer

Ombeta has reiterated that the MP did not intend to commit an offense arguing that since he had been apprehensive about his life, his reactions were “understandable”

The lawyer said that his client has expressed his desire to have the police investigate the matter to the bottom and has cautioned his supporters to keep calm and avoid any protest.

“It is Babu who took the victim to the hospital and the latest is that the DJ is stable. He even paid for the medical bill and has vowed to continue paying. It (the shooting) is something that is regrettable but needs to be investigated further,” Ombeta said.