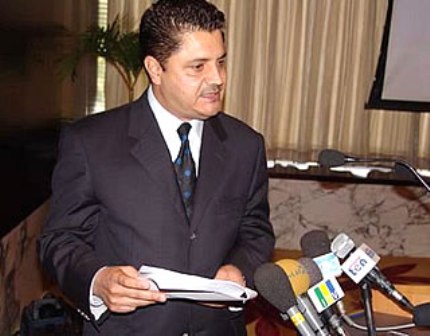 Businessman Rostam Aziz has called out President Uhuru Kenyatta saying he has failed to address the skewed relationship between Kenya and Tanzania.

Speaking at a business forum hosted by Presidents Suluhu and Uhuru in Nairobi on May 5, 2021, the billionaire said that while it’s very easy for Kenyans to invest in Tanzania, Tanzanians are normally frustrated when trying to expand their businesses to Kenya.

“It is very easy for Kenyans to come to Tanzania to invest but the situation is different on the other hand and there are many examples,” he said.

READ ALSO: Yet Another Artist Begs Kenyans To Help Him Clear Rent Arrears

“There are 530 Kenyan companies that have invested more than US $ 1.7 billion in Tanzania but only 30 Tanzanian companies have successfully invested in Kenya with an investment of only US $ 50 million. ”

“This relationship is not one that can build an economy between the two nations and if we fail to work on these challenges then we will not be able to achieve our goals.”

Aziz, who was part of President Samia’s delegation on her state visit to Kenya, used himself as an example saying that Uhuru invited him to invest in Kenya in 2017 but the offer has never materialized.

“President Kenyatta asked me to invest in Kenya and asked me what I would like to invest in. I told him I saw an opportunity in gas. But it has been three years since and I am yet to get any replies on the investment which would have been worth $130 million,” said Rostam.

“If we do not build good investment relations between Tanzania and Kenya then the existing relationship will not last, I would like to emphasize that equality is needed for both parties so that we can grow the economy between the two countries.”

His comments come after Uhuru and Suluhu agreed to waive business permits to improve business relations between the two countries.

Kenya, East Africa’s biggest economy and one of its most liberal, and Tanzania, which still imposes fairly tight capital controls and ranked No. 2, have long tussled for influence.