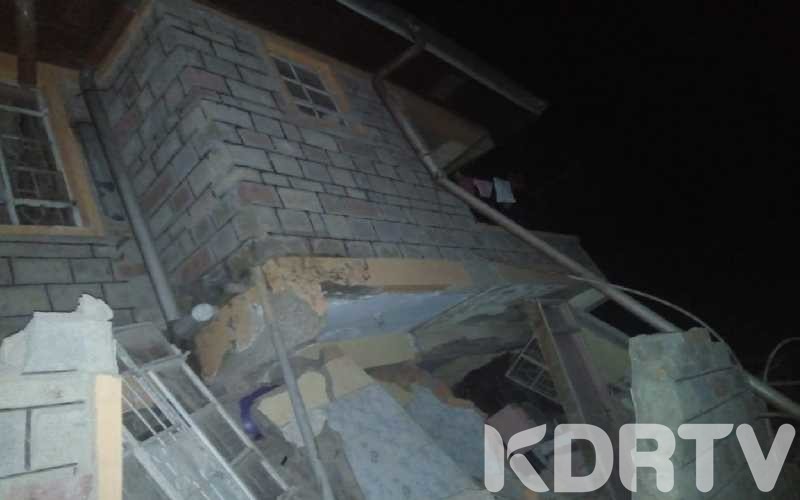 BREAKING NEWS: Reports reaching our news desks indicate that a four-storey building has collapsed in Kericho town on Tuesday night

Several people are feared trapped as the Red Cross Official say that rescue mission are underway.

According to the Red Cross, the building collapse after 7.30 p.m

According to eye witness who spoke to KDRTV, the scene was chaotic as those trapped underneath could be heard calling for help.

So far, the building in Kericho town allegedly collapsed due to poor workmanship

We could not immediately determine the total number of casualties or fatality, however, by the time this article was published only one boy was uncounted for.

A view of the court that has collapsed