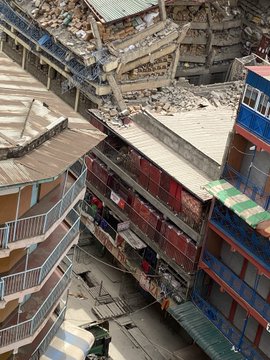 Four tops floors caved into each other.

What could have caused the collapse was not immediately clear.

Police had visited the scene however, no rescue had arrived the scene by the time we published this post. 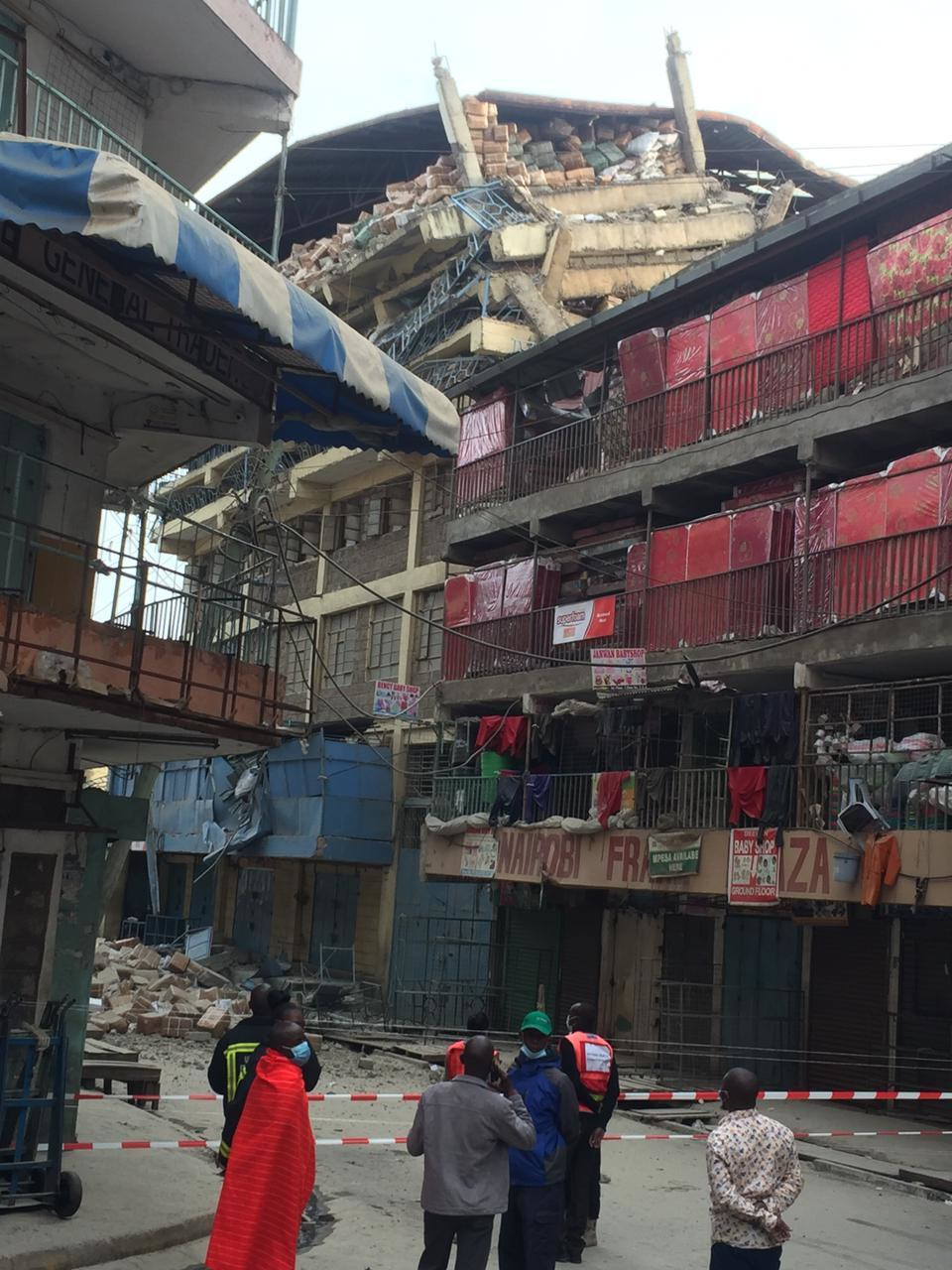 The five storey building collapsed on Monday in Kamkunji near police lane.

KDRTV established that the four top floor were recently added to the old building .

Fortunately, there were no fatalities reported from the incident.

The incident occurred on hours before the Nairobi Express Flyover at Kangemi collapsed trapping several people underneath.

The incidents have raised issue of construction safety especially during heavy rains in the city.

The buidling is said to have housed several business stalls and thus goods worth millions were feared destroyed or trapped underneath.

Traders informed KDRTV that the building had been established on riparian land.

Some criminals took the opportunity to steal some goods.

Traders also confirmed have noticed some cracks on the pillars if the building before the incident.

“We woke up and found that the building had collapsed. We are told that it collapsed at around 3 am. The pillars that had held the building somehow had cracks,” said a trader.