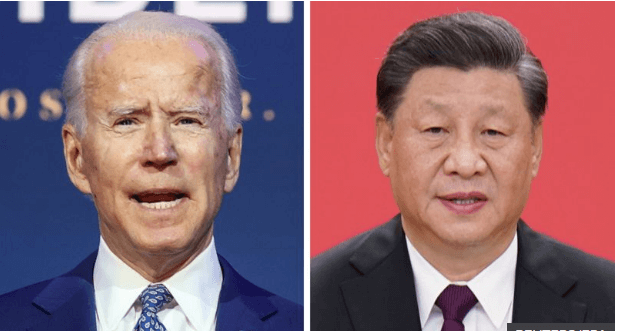 (KDRTV)-China has congratulated Joe Bidden after a frosty period of silence for his projected US presidential election win.

“We respect the choice of the American people. We extend congratulations to Mr Biden and Ms Harris,” a foreign ministry spokesman said on Friday.

KDRTV understands that the China-US relationship has been in limbo during Trump`s regime.

However, the kind of relationship between the two countries is very critical for both sides and the world as a whole

However, Russia who was first to congratulate President Donald Trump when he won presidential elections four years ago,, has kept quite; Russia is yet to send well wishes to Joe Bidden..

There is not tweet, telegram, or phone call to Mr. Bidden this time.

“We believe the correct thing to do would be to wait for the official election result,” Kremlin spokesman Dmitry Peskov told reporters.

KDRTV understands that Mr. Bidden has received phone calls from numerous global leaders congratulating him after the projected elections win

Apart from Russia, countries that seemingly allied to the Trump regime have kept quiet since the project election wins.

They include Brazil, Mexico, and North Korea,, who acknowledged Trump win within a few days of the election.

READ ALSO: Kenya Clears All Debt Owed To the UK Since Independence