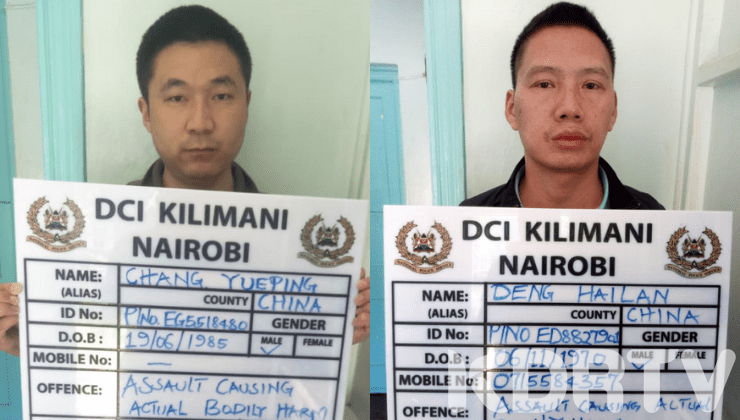 Directorate of Criminal Investigations (DCI) sent detectives who raided the restaurant and and confirmed that Mr. Hailan who is chef at the restaurant does not have a work permit

Two other Chinese chefs,Chang Yueping and Ou Qiang were as well arrested for for haveing epired visas

On the same note, Yu Ling, the fourth suspect was arrested for holding a visitor`s visa but without work permit

Following reports of an incident doing rounds in sections of the press depicting a man of Asian descent assaulting a male employee said to be working at a hotel, this morning detectives from Kilimani raided Chez Wou Restaurant in Kileleshwa in pursuit of the matter. https://t.co/1Cjo0BHTGs