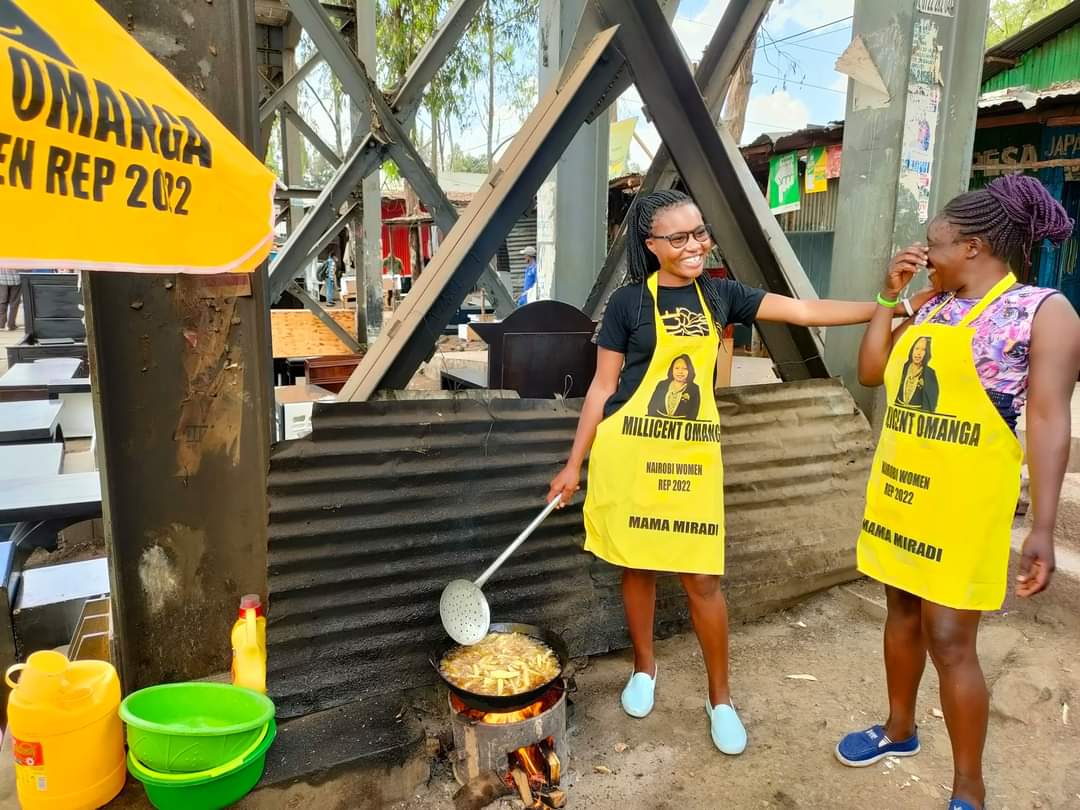 Bevalyne Kwamboka, the viral chips vendor who hit trend lists after Kenyans rebuked her for wearing a short dress while making chips, has come out to clarify that Senator Millicent Omanga didn’t actually offer much to her other than her campaign materials.

On Twitter, Kwambo revealed that the politician gave her only shilling 350 and not a sack of potatoes as she led many to believe.

“For clarification, team Millecent Omanga only bought waru za 350 came out of the vehicle with 5 umbrellas, took photos returned them and gave out one and two aprons,” she said.

“Hiyo mambo ya cash haikua plus stock ni ya 350. Hizo waru gunia kubwa i had bought and started the day.”

Millicent Omanga should stop being petty and playing with people's situations for PR, unfortunately she has learnt that behavior from Tangatanga bandwagon Cyrus Jirongo has a story on how DP Ruto supplied same 1k T-shirt 10 times , Hata hiyo umbrella anaeza kujia after 2weeks …

Omanga on social media insinuated that she had provided her with stock and cash to boost her business.

Kwamboka was thrust into the limelight after she shared photos of herself in her chips kiosk and angry KOT took on her for her green dress which they termed as too short for work.

Omanga said she’s going to help the lady who confessed that she sells chips to fund her college education.

“Those questioning my dress in my business, get this clear, I got to school in the morning and attend classes and later come to sell chips. Do you want me to go to class with an apron?” she posed.