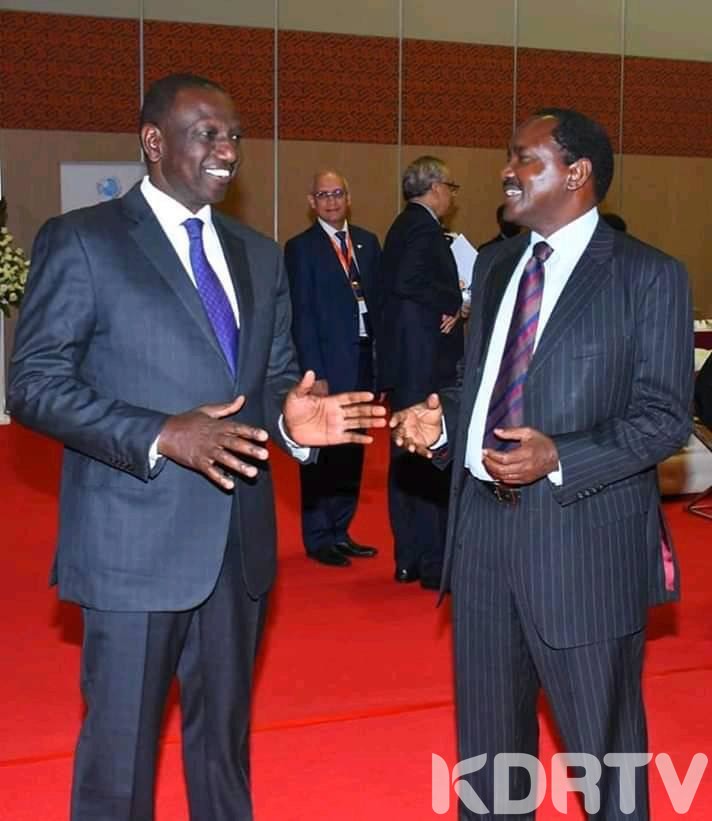 Former Machakos Senator opened a can of worms when he announced that he supports Deputy President William Ruto’s bid to be president in 2022.

Speaking during an interview with Royal Media owned Musyii FM, Muthama said he is planning to bring Wiper Leader Kalonzo Musyoka and Ruto to a negotiation table.

He said the Kamba community can no longer continue working with ODM.

Our (Kamba’s) political chapter with ODM leader Raila Odinga is closed. We will negotiate with Ruto, Musalia (Musalia) and Moses (Wetangula),” he said.

Early last month, Raila invited Ukambani Governors Alfred Mutua (Machakos), Charity Ngilu (Kituyi) and Kivutha Kibwana (Makueni) to a campaign rally in Kibra, where he announced that this was his new team.

The three governors do not see eye to eye with Kalonzo. In other words, Raila had tossed his running mate in the past two general elections for his enemies.

With no governor from his own backyard. Kalonzo is a sidelined man. He needs to make tough choices. But this is not one of his biggest strengths and that’s why some call him watermelon, which is a derogatory word by the way.

Immediately after Muthama’s declaration, social media was awash with reports that the former Senator was speaking for his boss Kalonzo. Kalonzo and Wiper had officially joined Tanga Tanga.

Alfred Mutua, issued a tough statement. He said that though they (Maendeleo Chap Chap) had expected Wiper to join Tanga, they would not allow the Kamba community to he sold to the highest bidder.

The comments by Former Senator of Machakos on radio this morning on the formation of a political pact between @WiperMovement and DP @WilliamsRuto has not come as a surprise. pic.twitter.com/tfyIfJJ0IZ

Of course, we expected Mutua to mint political mileage from Muthama’s statement. It is Kalonzo’s next move that surprised all of us.

The former Vice President took to social media to announce that he is not planning to work with the DP because that would mean sabotaging the President.

In the light of recent conversations and speculations about working with the DP, please note that these speculations are malicious.They are a desperate attempt to drive a wedge between me and HE the President and have failed.Remarks by individuals should not be attributed to me.

Kalonzo had exposed his watermelon side to the public again. Even if he was not planning to work with Ruto, did he need to make such a statement? Silence would have been more appropriate for him in this situation.

In October, Wiper Party announced that Kenyan Rapper Prezzo Makali would be its flag bearer in the Kibra by-elections. Kalonzo issued another embarrassing statement after a backlash on social media. He said Prezzo would vie for the Kibra post in 2022. Really?

It seems this man never learns from his mistakes.

As Muthama said on Wednesday, the 2022 race is between Ruto and Raila. The Kamba community needs to make tough choices between the two. Already Raila, has chosen his side between Kalonzo and Mutua. How does Kalonzo counter this?

As things stand, Kalonzo needs Ruto more than the man from Sugoi needs him.

Wiper still has a few loyal MPs and in Mutula Kilonzo Junior, a ready made future party leader. These are the assets Kalonzo must consolidate. He might lose all of these if he doesn’t make a choice.

President Uhuru Kenyatta is struggling to consolidate his Mt Kenya backyard. How will he help Kalonzo?