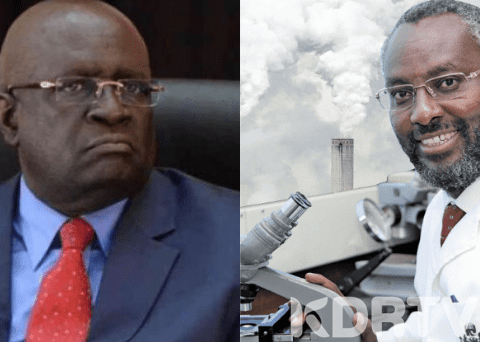 The order has been issued by the Employment and Labour Relations Court through judge Maureen Onyango after Prof. Kiama tendered a petition challenging Magoha`s decision to denounce his appointment and select Prof. Mbeche as the new acting VC.

Consequently, Prof. Kiama will continue to serve as the UoN VC pending the hearing of the matter on February 5.

Twalin Mbarak, the EACC CEO has disclosed that they received a letter from CS Magoha asking them to probe the matter

EACC is investing all the procedures that were involved in the appointment process and if the they were constitution.

Magoha had said that he was still consulting President Uhuru Kenyatta when the appointment of Prof. Kiam was made.

“All senior appointments in the country, when the process is complete, the interviewing entity consults with the government,” he said.

“There is a candidate they recommended and I said am consulting but they went ahead and made the appointment. When I went to Mombasa, the President asked me about it. What you are seeing is a directive coming from somewhere. Somebody somewhere is pulling strings to destroy the university.”

The appointment was made by the Public Service Commission (PSC) on December 8 last year.

The UoN council thereby announced Prof. Kiama as the new Vice Chancellor for the next five years

CS Magoha, however, revoked the appointment on Friday pending consulting and instead selected Prof. Mbeche as the acting VC.

“Prof. Kiama will continue dispensing his duties as Deputy Vice-Chancellor Human Resource and Administration at the university,” said Magoha in a press release.