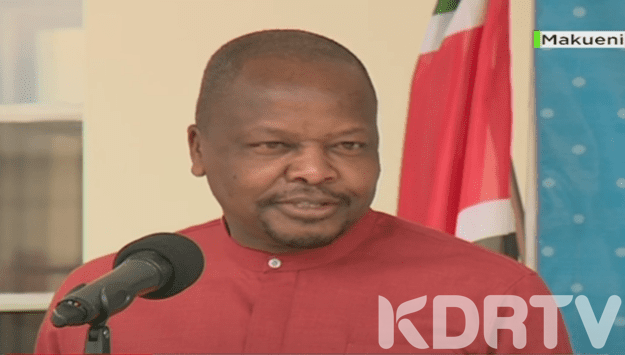 The Health Ministry`s CS Mutahi Kagwe on Wednesday, June 8, announced that 278 more people have contracted the novel coronavirus raising the national tally to 8,528.

According to the CS, the new figures were confirmed after 3,053 samples were tested in the last 24 hours; so far the country has tested a total of 196, 508 samples

At the same time, Kagwe also announced that 89 more patients have been discharged from various health facilities across the country after recovering from the respiratory disease

The total number recoveries across the country now stands at 2,593

Unfortunately, according to the announced by the CS, two more patients succumbed to the dreadful repository disease; currently the total number of fatalities is 169

Mutahi Kagwe also announced that 257 health workers including 4 from Makueni had contracted the virus when in line of duty.

However, the CS assured Health workers that the government will enhance efforts to protect them especially those in front line to battle the pandemic

“For those who have been exposed, I want to assure them that the government is committed to ensuring that all our front-line soldiers are protected at all times by making available the necessary PPEs and other commodities as they manage our patients,” he said.

“There can never be a higher calling by an individual than what you are currently doing. As a nation we are indebted to you. We have hired 252 healthcare personnel of all cadres to boost human resource capacity, and the process of hiring another 110 is ongoing.”

He further said that, “as a ministry, we have received tremendous support from different individuals and organizations, both public and private. The logistical resources needed to get us where we are today have been enormous, and out of their goodwill we can confidently say that we are in a much better position at our level of readiness.”

Today 89 patients have been discharged from various hospitals, bringing to 2,593 the total number of recoveries. I want to thank our healthcare workers for their dedication and commitment to duty; CS Mutahi Kagwe. #KomeshaCorona update.