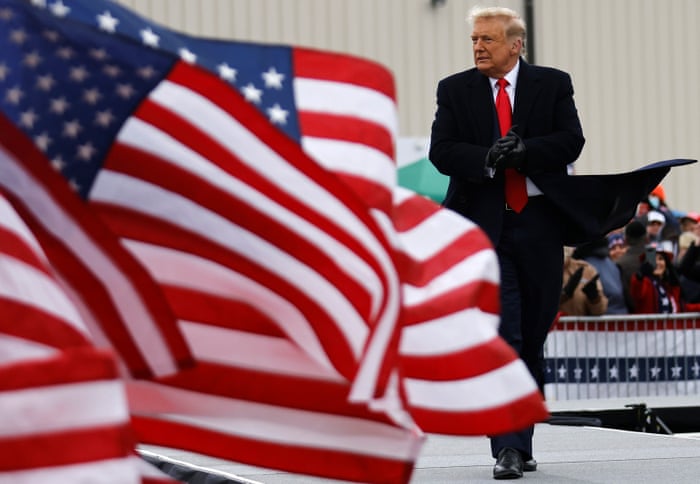 (KDRTV)-The presidency is almost over, and with it, immunity from prosecution. Will the new Biden administration seek retribution on Trump and his ways,  to uphold the rule of law and restore faith in the presidency?

The rule of law is sacred and remains so when everyone contributes to that belief, from a president to an uber driver, no one is above the law. Still, in a realistic world, presidents are given immunity during presidencies, like other high-level occupations, to enable them to carry out their duties efficiently and worries-free, to have the freedom and power to do as needed to fulfill their higher purpose goals of leading nations and civilizations.

No American president has ever been prosecuted criminally after his time, this comes from the straightforward direction of succeeding administration and their lack of willingness to get caught up in the past, with past decisions made by the preceding party and the issues that arise from them.

This also allows the big chair to maintain its glamour and status, the moral dilemmas of prosecuting a president after his term tends to infinity when it comes to matters of war for example, especially for the number one country in the world.

Suddenly, the existing candidates will be fearful of doing the right thing, if somehow that could lead to prosecution post-presidency by an irrational incoming rising campaign, this opens the door for numerous interpretations that simply complicates the role of a president beyond imagination.

Current presidents avoid going after earlier ones because the process is difficult, time, labor, and resources extensive, distracting, and draws a hovering cloud of opinions on the matter. As if to settle personal grudges and differences. It is simply not feasible in most cases.

However, in Trump’s case, numerous allegations are surfacing around his New York personal business deals and loans on his real estate,  pertaining in particular to suspicions of bank fraud, misconduct, tax evasion, corruption, and unethical practices.

The decision to either go after him or not is truly a hard one to make. The lawsuits could drag on for years and even decades, the legal battles would be a nightmare for both parties, Trump and the new US-appointed attorney general. Still not yet picked by Biden, they would have the last saying on the matter.

Right now, 3 District attornies are on the hunt to bring down Trump, Washington New York, and Manhattan, Michael Cohen is also following the matter closely mainly because he has sacrificed himself as a scapegoat for Trump back in 2017 and was convicted of 3 years in prison.

Trump’s longtime banker at Deutsche Bank Rosemary Vrablic recently resigned along with Mr. Scalzi, a colleague of hers, both oversee Trump deals and funding channels, the resignations came after an internal review was launched at the bank on the matter of a purchased apartment on Park Avenue by the former two and another colleague for a negligible amount of $1,5 million from its fair price valuation.

“If you do nothing you are saying that though the president of the United States is not above the law, in fact, he is. And that would set a terrible precedent for the country and send a message to any future president that there is no effective check on their power,” Statement by Andrew Weissmann.

Weissmann describes the issue as a double-edged sword that needs to be addressed, the risk of inaction and sending a clear message to all those who could theoretically follow Trump’s path could have grave consequences on US democracy.