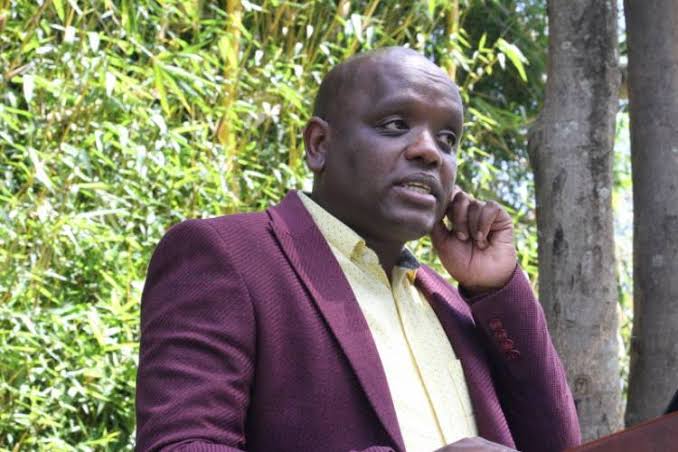 Yesterday, the former  First Lady of Kenya Mama Ngina Kenyatta attended her cousin’s burial where she got a chance to talk to the people in attendance. 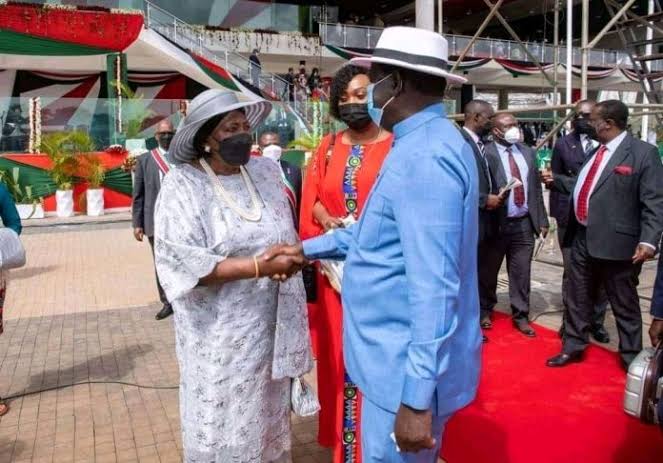 Mama Ngina shaking hands with Raila Odinga during a function

However, one of the agendas during her speech was endorsing Raila as Uhuru’s successor. She told the people Raila will lead the people well.

Nonetheless, Mama Ngina criticised those leaders who always insulted others. She started that she cannot blame the leaders but how they were brought up.

“Depending on how one is raised up in his or her home even when they come out in public they cannot go out insulting others.” Adding,

“I want to tell those who are engaging in insults that we will leave them like that if at all they were taught insults while growing up,” Said Mama Ngina.

On the contrary, Dennis Itumbi made a statement that met different reactions. He uploaded a video of Uhuru hurling insults. One the other hand, the former first lady had just pointed fingers on thise leaders that insult others. This is his tweet.

Mama Ngina: Those who insult others, were not brought up well… pic.twitter.com/sqvC35KsDH

Consequently, Mama Ngina Urged Kenyans to love each other and strive to move the country forward.