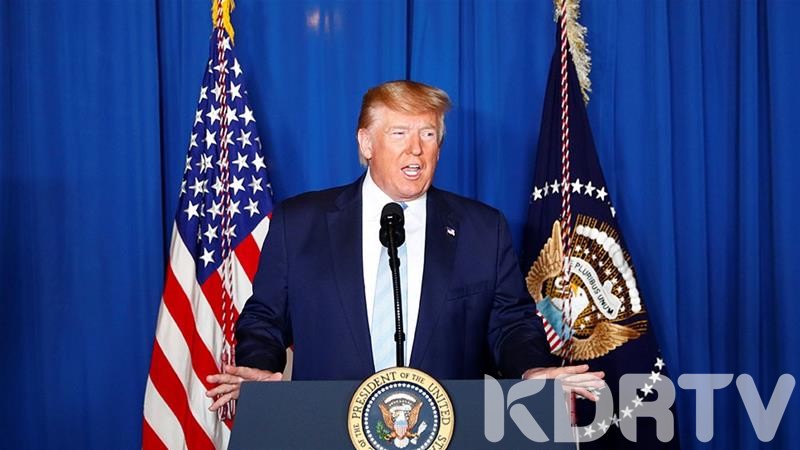 (KDRTV) -US President Donald Trump has said that all is well, following the death of at least 30 American Soldiers who were attacked bombed by Iran on Tuesday night.

Iran has confirmed that is responsible for two missiles which destroyed two American military bases in Iraq.

According to the President, preliminary reports showed the attack was not as damaging as it had been anticipated.

“All is well! Missiles launched from Iran at two military bases located in Iraq,” Trump tweeted. “Assessment of casualties & damages taking place now. So far, so good! We have the most powerful and well-equipped military anywhere in the world, by far!”

All is well! Missiles launched from Iran at two military bases located in Iraq. Assessment of casualties & damages taking place now. So far, so good! We have the most powerful and well equipped military anywhere in the world, by far! I will be making a statement tomorrow morning.

Tension between Iran and US have escalated since Washington sanctioned the killing of Iranian General Qassem Soleimani in one of the most daring assassinations in recent history.

Iran vowed to revenge the killing and warned the Trump Administration that it will pay dearly. Trump, who is known for his outbursts on Twitter, warned Iran not to retaliate because it will be costly.

On Wednesday, Iran’s Supreme Leader Ayatollah Ali Khamenei said the US should withdraw from the region and said Tehran’s missile attacks on US targets in Iraq were “a slap on the face” for America.

“Military action like this is not sufficient. What is important is ending the corrupting presence of America in the region,” Khamenei said in a televised speech.

A few hours after the attack in Iraq, a Turkish plane crashed in Tehran a few minutes after takeoff, killing all 179 passengers on board. More than 140 of the victims were Iranian Citizens. It is not clear if the crash is related to US-Iran tensions.