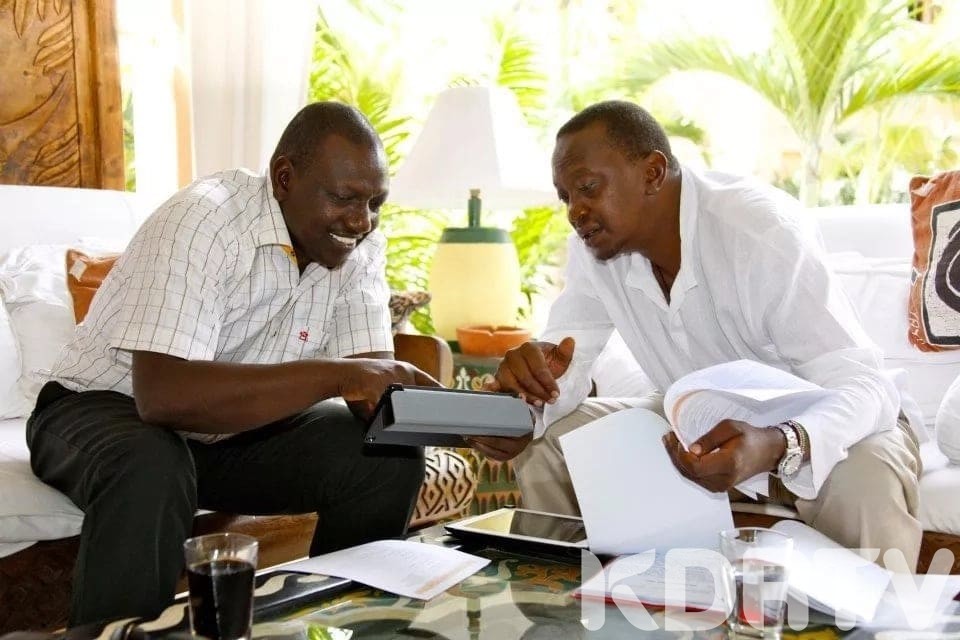 (KDRTV)-The Deputy President William Ruto has confirmed that he will not quit the Jubilee government after confessing that he has been exposed to humiliations from President Uhuru Kenyatta and the ODM party leader Raila Odinga.

KDRTV was able to get a hint from the meeting where journalists were barred from attending and the attendants were also restricted from carrying their phones on Friday`s meeting.

“I will not quit the government despite the humiliation. I wonder why Raila and the president are taking issue with my quest for the top seat yet I supported them through thick and thin in past years,” said Ruto.

However, the Tanga tanga politician was shocked why the duo has all over sudden turned against his pursuit for the presidency

All the same, the DP did not hesitate to cast a pie on former Premier saying he was wondering why the God-fearing people of Taita Taveta had to vote for “mganga” in the coming elections

It is in records the second in command has not publicly pointed fingers at the president despite the several efforts made by his close allies such as Elgeyo Marakwet Senator Kipchumba Murkomen.

“I will continue with campaigns. kama watu huambiwa wajipange kwenda mbinguni na hatujui siku, kwa mini nisijipange kwenda ikulu na ninajua tarehe ya uchaguzi? (if people are told to plan to go to heaven and we don’t know the date, why should I not plan for an election whose date is known?” posed Ruto.