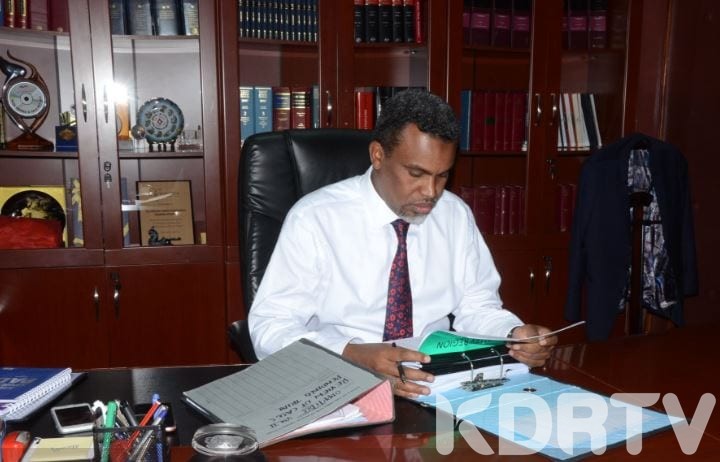 The Director of Public Prosecutions (DPP) Nordin Haji has advised that the Inspector General of Police Hillary Mutyambai afford the traffic police with body cameras to assist in investigating the road irregularities.

Mr. Haji issued the command after an uproar about traffic charges being preferred against the excess passengers traveling in Public Service Vehicles (PSVs) during the festive seasons

According to the Traffic Act Cap, the driver, conductor and the owner of the PSV owner that carries passengers in excess, after conviction are liable to fine, not above Kshs20, 000 and an additional fine of Kshs 5, 000 for each person in excess of the licensed capacity

In his letter to the Inspector General, the DPP though said that excess passengers should first be requested to alight and may only be charged if they decline to comply with the order of a police officer or of the owner, driver or conductor of the PSV.

“It will be in my view, difficult, to gather enough evidence to demonstrate that an excess passenger refused to comply with the order of a police officer or declined a request by the owner, conductor and/or driver not to enter the PSV. In most cases, it will be the word of the police officer against that of the passenger,” noted the DPP.

“Further, to assist in maintaining law and order on the road, to reduce police excesses, to assist in case of violations, to support investigations and to mitigate any possible corruption, it may be prudent to consider providing officers assigned traffic duties with body cameras.”

He further stated: “Separately, note that prosecutors have been directed to exercise great caution while making the decision to charge. The same must meet the required evidential threshold test as well as the public interest test.”