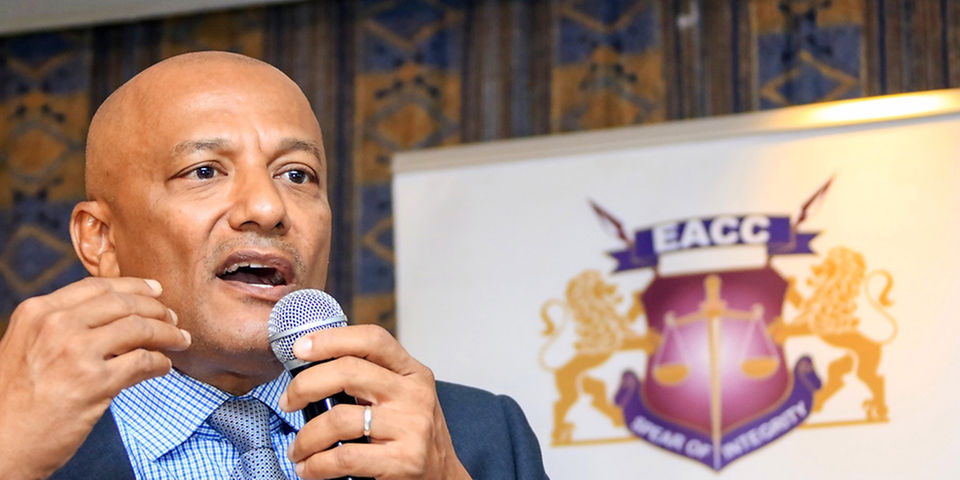 The Ethics and Anti-Corruption Commission (EACC) CEO Twalib Mbarak has stated that the commission will soon arrest a sitting governor alleged forgery of academic documents.

Speaking during the National Assembly induction programme held at Safari Park Hotel Twalip revealed that the embattled governor is among 241politicians who were flagged by the EACC for forging degree certificates to meet the education threshold required to run for office.

In a statement released on Friday September 23 evening the EACC stated that the governor produced a fake degree and a diploma to the IEBC in the just concluded general elections.

“Following investigations, EACC established that both the governor’s Degree and Diploma certificates were fake thus rendering the governor liable to criminal prosecution,” the EACC said in a statement on Friday.

Twalip added that EACC has given DPP Nordin Haji a go ahead to charge the county boss with three offences.

The three offences include forgery, giving false information to EACC and uttering false documents contrary to Section 353 of the Penal Code.

“EACC will arrest the governor and present him before the Court to face charges as it continues with investigations of similar matters relating to forgery of academic certificates,” the EACC statement read.

The EACC had on Thursday stated that the commission has profiled all the Governor who were elected on August 9 and will continue to prioritize investigations in county governments based on corruption risks identified in financial management, public procurement and recruitment.

He went on to say tha 191 corruption cases have so far been resolved in court, with assets worth Ksh.22.8 billion seized and returned to the public.

He further stated that through eliminating corruption networks, counties have been able to save roughly Ksh.32.5 billion.

Also Read: Central Bank Governor Exposes What He Was Told Do Towards the End of Uhuru’s Tenure

Subscribe to watch latests videos
In this article:EACC, Governors, Graft