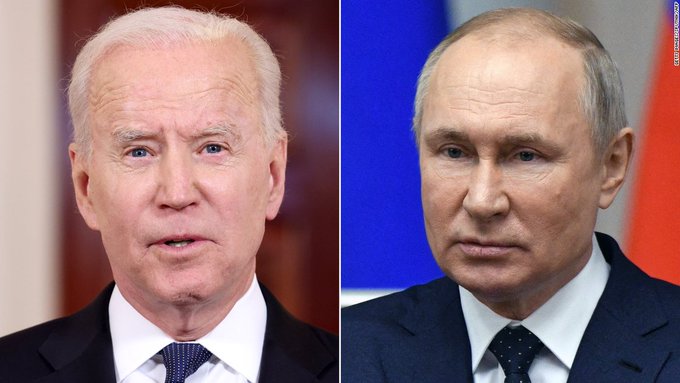 KDRTV LIVE UPDATES! Russian President has told the press that the US President has okayed the reopening of the Russian High Commission.

Deputy Foreign MnisterSergei Ryabkov has announced that the Russian ambassador Anatoly Antonov will return and resume operations in Washington by July.

“Mr Antonov is waiting with his bags packed. Since the order has been received directly from the president, I think Mr Antonov will most definitely return to Washington by the end of this month,” Ryabkov told journalists in Geneva, according to Interfax news agency.

The Deputy Foreign Minister spoke after President Putin informed the press that the order to restore the ambassador came from President Biden himself.

The two leaders have addressed the issue of cybercrime which has also been an issue that resulted in a frosty tie between the two democracies.

The US president in a press conference has said that he is not against Russia or anyone else.

This is despite the fact that KDRTV established that the US was strongly behind the formation of an alliance to counter China in the G7 summit.

President Putin has also ridiculously referred to the US capitol riot when he was asked about the restriction of political freedom in his country.

President Joe Biden spent better of his statement saying that the summit was not about trust.

He urged the world to wait and see what happened to quote an old saying:

“The proof of the pudding is in the eating. We’re going to know shortly,” he said.

However, President Biden did not give a satisfying answer when asked why he is confident Putin would change his behavior despite his false promises in the past.

“If you don’t understand that, you’re in the wrong business.”

KDRTV understands that the Geneva summit was the first since Beden was elected the 45th President of the United States.

Biden after giving an assessment of the summit said that it was positive but warned that the US will not accept interference with its democracy.

On the other hand, Russian Putin described their meeting as “constructive.”

During his post-Putin conference with the press, Biden seemingly was not at peace with the reporter`s questions as he defended his meeting with Putin.

Biden’s last word to the journalist is that “we will see” if he achieved something during their summit with Putin in Geneva.

During his tour in Europe, Biden attends three summits considered to be crucial to the US: the G7 summit in Cornwall, NATO summit in Brussels, and Biden-Putin summit in Geneva.