KDRTV NEWS: Boris Johnson has led the G7 news conference after three days of the meeting.

He said the G7 leaders have committed to providing 1 billion Covid jabs to poorer countries.

The provision will be done either directly or through Covax sharing scheme.

READ ALSO: Britain Joins USA To Compel China To Be Honest On Origin of Coronavirus

He also claimed that the world is looking for G7 leaders to stand tall against sometimes nationalistic and selfish initial responses to the pandemic. 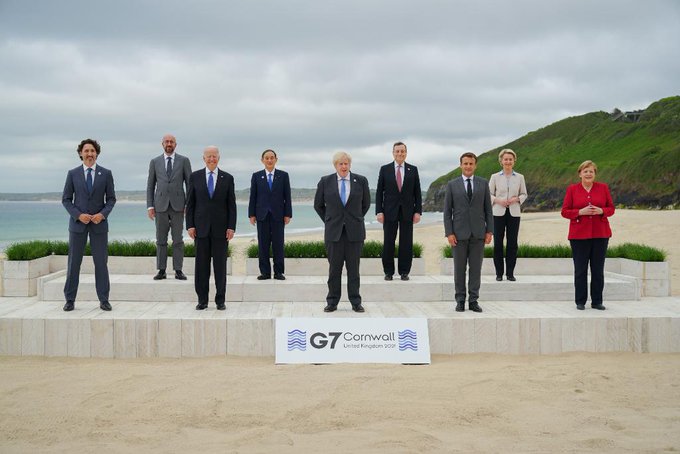 Boris Johnson in his remarks seemingly dropped his initial comment about the origin of coronavirus and suggests that it doesn’t look like the virus came from a laboratory.

The Prime Minister said: “I do think there`s a problem with zoonotic diseases

“It’s the practice that seems to be particularly prevalent in some parts of Asia, south-east Asia, South Asia, of farming wild animals. That is really where the risks are.

“At the moment, the advice that we’ve had is that it doesn’t look that this particular disease of zoonotic origin came from a lab. Clearly anybody sensible would want to keep an open mind about that.

“But what we did agree… we’re having a new treaty on pandemic preparedness and to make sure the world works better in tackling zoonotic diseases like this.”

According to our previous reports, the US and the UK had earlier hinted that the virus could have originated from the Wuhan lab in China either accidentally.

The US under the administration of President Joe Biden had urged WHO to investigate the origin of the virus with consideration of the possibility that it leaked out of a lab in China.

The PM also said that the G7 leaders agreed to strengthen the World Health Organization and ensure that its personnel can be independent while carrying out their roles.

The PM also said that the G7 leader has agreed to form an alliance to counter China`s growing global influence in poorer countries.

They accused China of exposing the poorer nations to debts they cannot pay as well as violation of human rights.

However, China had responded saying that long are gone the days when a small group could rule the world.

Despite commuting to provide 1 billion vaccines to the poorer nations, the G7 is susceptible to criticism since as we speak the G7 countries have enough vaccines for the citizens, however, they have only committed 1bn vaccines while the world requires about 11bilion vaccines to win the battle against coronavirus.

The WHO had estimated that the world requires 11 billion doses of vaccines to beat coronavirus. 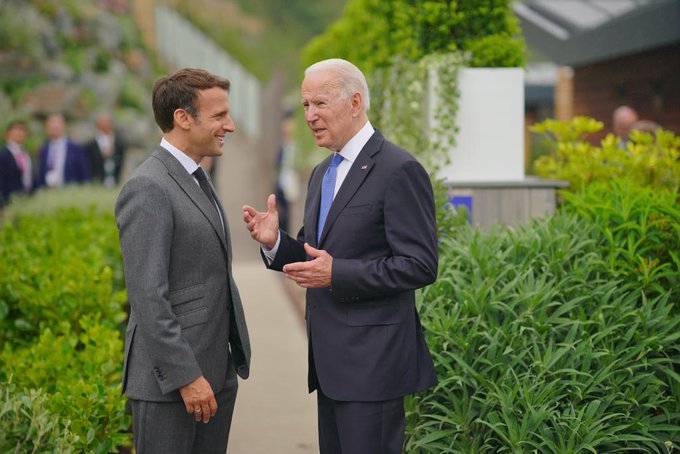 The US President Joe Biden has held a new conference in Newquay hours after the news conference by UK PM Johnson.

He referred to the event as an extraordinary, collaborative, and productive meeting”

He said that the move by the US to commit 500 million doses of vaccines was the foundation to what was agreed by other leaders.

He insisted that there is a need for countries to work together so that the world can be adequately resilient to future pandemics.

MORE STORIES ABOUT THE G7 SUMMIT:

Biden Set To ‘Incite’ West Countries To Rally Against China

This a developing story, refresh this page for more updates…