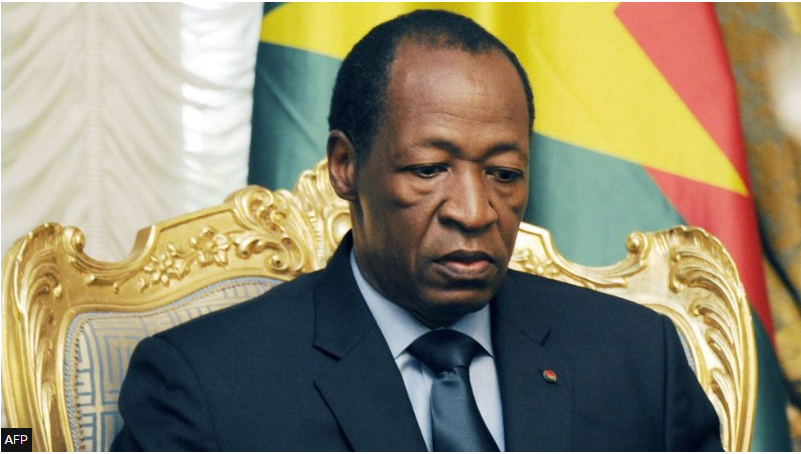 KDRTV:  Burkina Faso former President Blaise Compaore has been sentenced to life in absentia over the assassination of Thomas Sankara.

The duo was long-time friends after they clinched power together in 1983.

However, Sankara was later gunned down with 12 others during the 1987 coup detat that resulted in compare to the power

It has been considered that the duo have been great friends, however, Sankara was tricked into his death at a meeting of the ruling National Revolutionary Council

Reports from the ballistic experts who testified in the country indicate that the late was shot in the chest at least seven times.

Sankara was shot along with 12 others who had accompanied him to the meeting.

The supporter of Sankara had been all along pushing for justice to be delivered in the case.

The verdict was received with celebrations from the supporters of the key political figures.

“Our goal was for the political violence we have in Burkina Faso to come to end. This verdict will give many people cause for thought.”

However, there is doubt if Compaore will start will serve his sentence any time soon

Many other people were found guilty of the murder; they are 10 people including the Compaore`s chief security Haycinthe Kafando

He was accused of leading the hit squad that killed Sankara