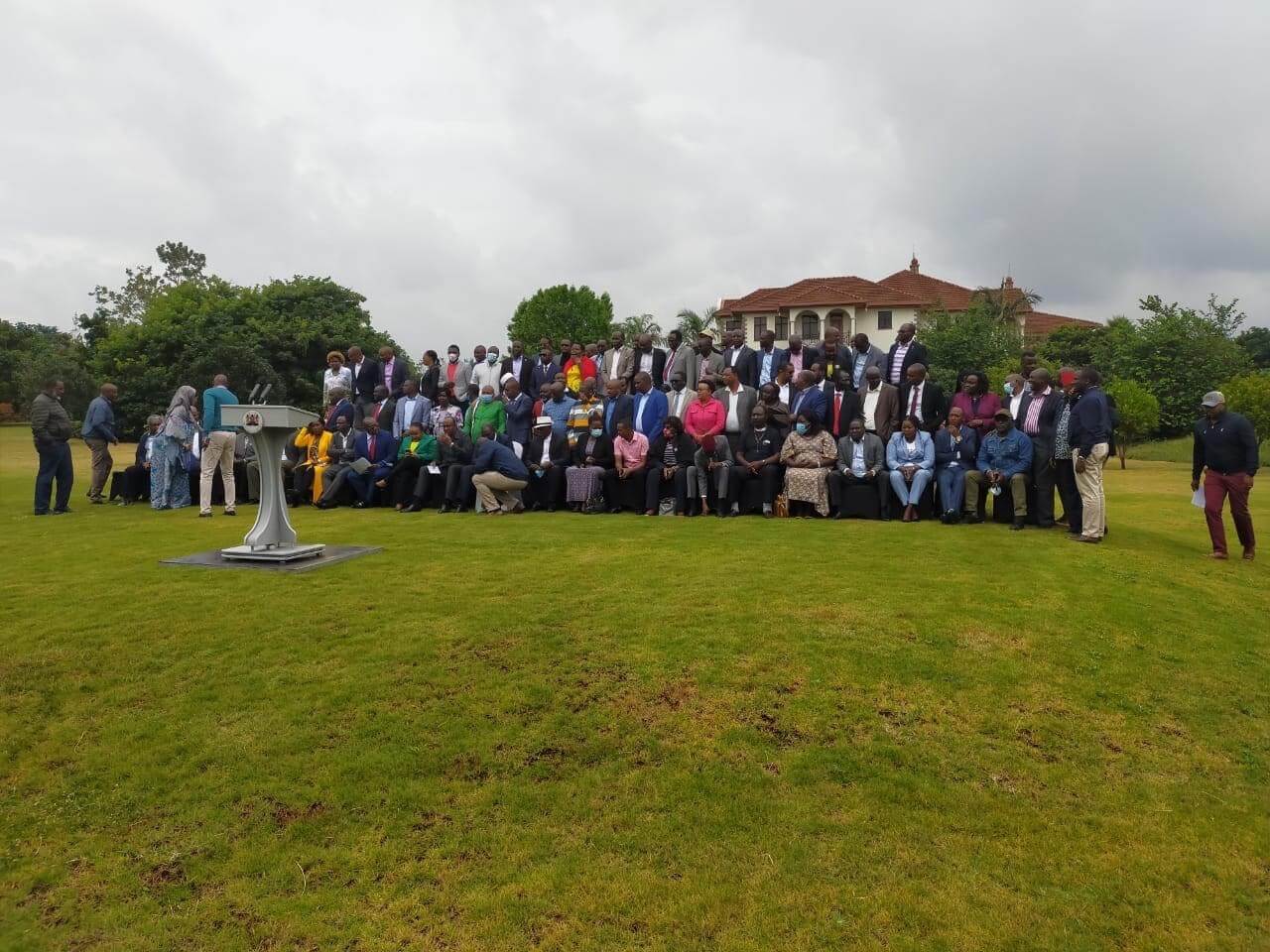 KDRTV-The Show of might didn’t live to the expectation as only a few members of parliament turned up at Deputy President William Ruto, Residence in Karen.

The Media was promised that over 150 Members of parliament were expected to turn up for the event but the media couldn’t count more than 90 members of parliament including the new  UDA Party officials who turned up and other Deputy President supporters like Dr. Bonny Khalwale and Mr. Johnstone Muthama.

The official Tanga Tanga Blogger Itumbi was not present and his phone went unanswered when the media tried to reach him to give the exact number of Members of Parliament who attended the meeting as earlier promised.

Members of the Fourth estate were barred from the meeting and when the meeting ended a well-calculated speech was read by Mr. Washiali the Mp for Mumias East followed by Moses Kuria.

In his speech, he called upon the international community to intervene and help Kenya, not to degenerate to political anarchy based on the happenings currently in the Country. Other Members of Parliament from various regions also addressed the media and thanked the Deputy President for his zeal to protect the rights of Kenyans.

READ ALSO:Irungu Kang’ata On The Chopping Board As Uhuru Summons Senators

The Members of Parliament were tight-lipped on the issue of BBI which they didn’t want to talk about and promised to talk about it later on a different forum.