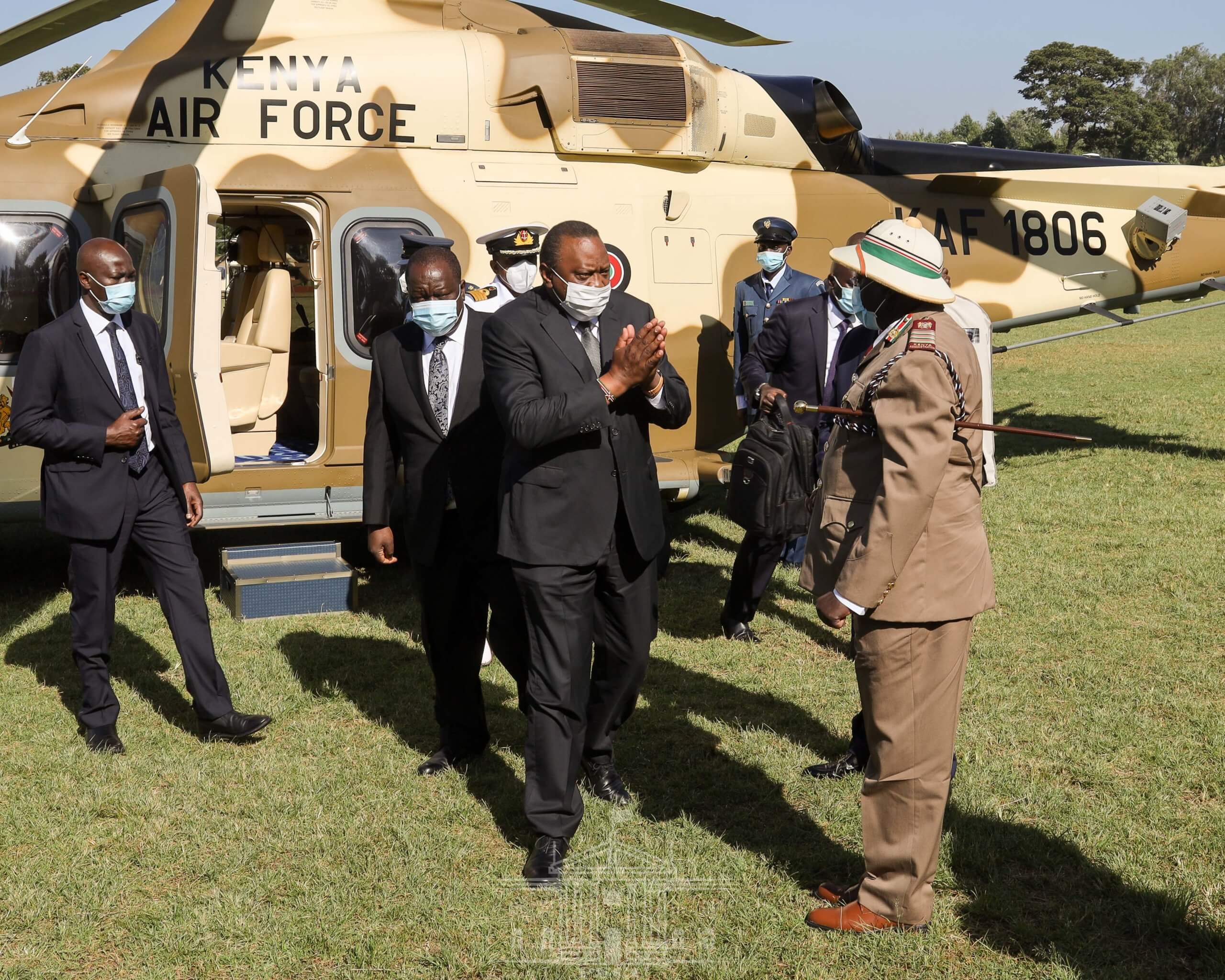 (KDRTV) – Political fireworks are expected at the burial of former Cabinet Minister Simeon Nyachae which is underway at the Gusii Stadium.

President Uhuru Kenyatta is leading senior government officials and politicians in paying tribute to the long-serving administrator and the political kingpin of the Abagusii Community.

The body language between Uhuru and Ruto at the Nyachae burial is so awkward you could cut the tension with a knife.

Kenyans are anticipating a heated political event as Deputy President William Ruto and ODM leader Raila Odinga are also in attendance. The three senior politicians have fallen out as Ruto seems to be opposed to the BBI Referendum which is being fronted by Uhuru and Raila.

Already reports that Kisii Deputy Governor and Tanga Tanga point person in the region Joash Maangi has been arrested as he waited to receive Ruto at Kisii High School have set social media on fire.

He is currently at the Kisii DCI offices

Meanwhile, at the Stadia First preference given to visitors brought in by hired buses ( Google source locations of the buses attached) then make your conclusion pic.twitter.com/vr7MjAbyqb

Last week, President Kenyatta continued with his public attacks on his deputy, revealing at a public rally in Nairobi that he will not be leaving the country to thieves when he retires in 2022.

Uhuru followed this up with another salvo on Friday, where he asked his deputy to resign because he cannot be in government and criticize it at the same time.

Raila and Ruto have also not shied away from tearing each other in public with the DP accusing the former Prime Minister of derailing the Jubilee Development Agenda. On the other hand, Raila has cautioned Kenyans about Ruto, reminding them of his fake political promises.

Subscribe to watch latests videos
In this article:Nyachae Burial, Ruto and Raila, Uhuru