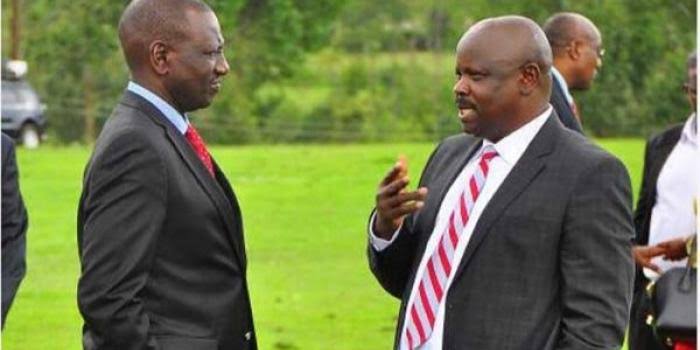 Isaac Kiprono Ruto is a seasoned politicians who has been active in politics since 1997, when he was elected as Chepalungu member of parliament. He then served key goverment positions before becoming Bomet County governor in 2013.
However in the 2017 general elections, Rutto wa defeated by the late Joyce Laboso after he defied DP Ruto to support Raila Odinga.

In this article KDRTV looks at Properties associated with the former governor.

As a Kalenjin, Ruto invested about KSh 60 million in his 30-acre Tumoi property to build a dairy farm.

The farm has approximately 90 mature Friesian and Ayrshire cows, as well as at least 60 heifers and bulls. Rutto also generates biogas from the cows’ manure, which he uses to warm water for the animals to drink.

The residence is situated on a sprawling compound with a lush lawn that is a delight to behold.

It has a natural fence around the outside, but the interior is surrounded with barbed wire and hard treated poles to provide additional safety.

The former county executive was also charged with operating an unknown number of gas stations allegedly acquired through corruption proceeds.

The oil industry is thriving in Kenya at the moment, owing to the country’s escalating fuel prices.

The CCM leader owns a palatial residence in Kajiado county which is valued KSh 33 million.

He has, however, refuted EACC’s allegations that he was mentioned among lawmakers who amassed fortune unlawfully. He characterized the statement as’malicious, erroneous, and devoid of substance’.