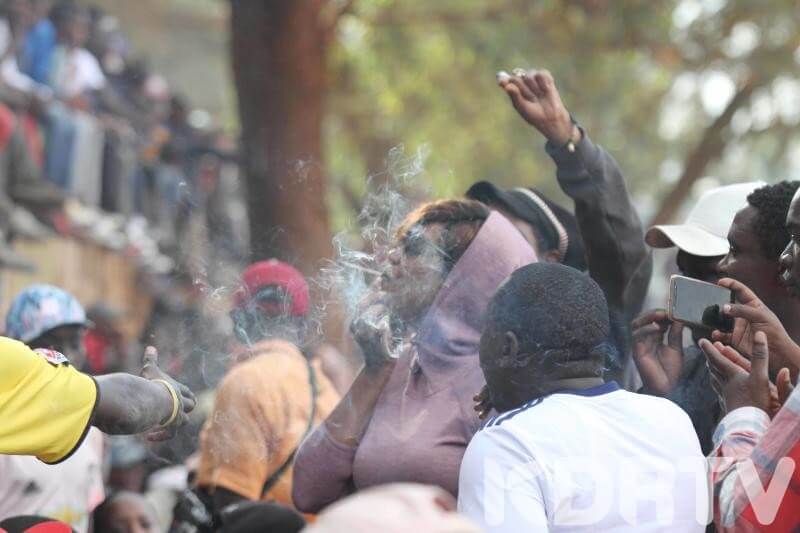 (KDRTV) – City lawyer Karen Nyamu is once again the centre of a national conversation after Mugithi musician Samidoh admitted to having a child with her.

Samidoh was forced to issue the ‘apology’ after Nyamu was involved in a heated confrontation with the artiste’s first wife on social media.

However, Karen Nyamu has refused to accept that she has been dumped. Taking to her Insta-Stories, she told Samidoh that he did nothing wrong and should at least try to hold his wife the way he holds her (Nyamu).

Karen Nyamu is not new to controversy. In fact, she craves public attention. She first made headlines when she joined the murky city politics ahead of the 2017 Elections when she vied for Nairobi Woman Rep.

At the time, she called herself ‘bae wa Nairobi’. Her campaign was marred by controversy after a video of her twerking found its way to social media. It is believed she leaked the video herself to trend.

Nyamu’s candidature was shortlived as she lost the Jubilee nomination to then-City Rep Rachel Shebesh. However, she did not disappear from the public limelight.

Former Nairobi Governor Mike Sonko shortlisted her as one of his potential deputies in 2019. Sonko later named her appointed her Nairobi County Minister for Agriculture.

But that was not before she was filmed puffing weed at a football tournament in Nairobi’s Ziwani area.

It seems Karen enjoys these controversies. She is one of the key supporters of DP William Ruto’s 2022 presidential ambitions.