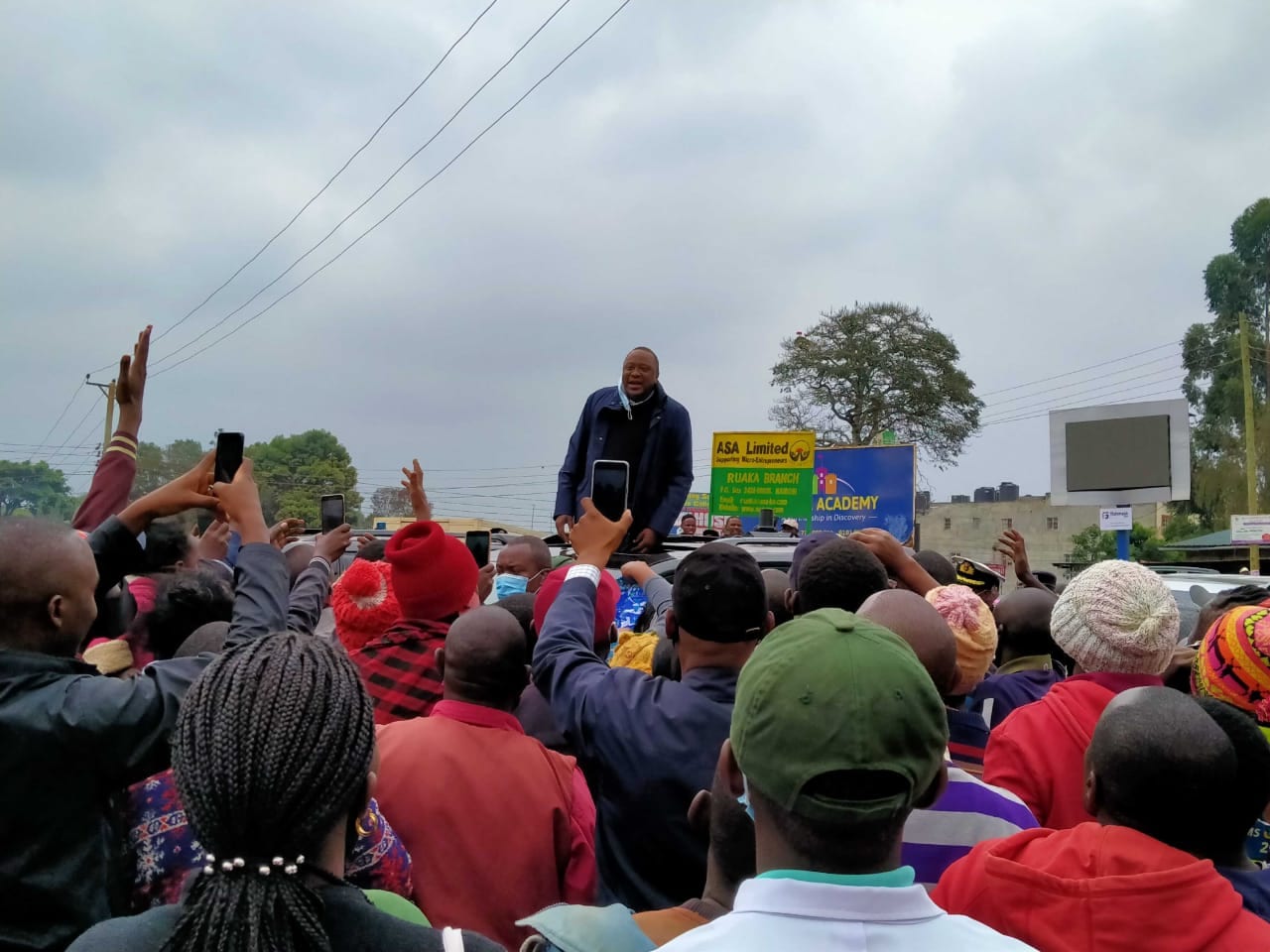 Speaking at Ruaka Town on Thursday, the President said he was purtubed by some of the sentiments coming from the two leaders.

President Kenyatta: "…Tell these fools of yours to go insult their mothers and leave my mother alone.."

This was the first time that Uhuru was responding to the alleged insults from the two Tanga Tanga MPs.

On Saturday, Emurua Dikirr MP Johanna Ngeno asked Uhuru to retire and go home to Kiambu because Kenya was not his mother’s land. He said Kenya belongs to everyone.

Read Also: You have no License to Insult Hustlers, Ruto to Raila

Ngeno was arrested and charged in a Nakuru court with use of offensively language and incitement. He was released on a Ksh 1 million bond.

There has been a lot of Uproar of the sentiments from the two politicians, with leaders across the political divide calling for an apology.

Uhuru has now said that he is not planning to cling on power despite the fact that he is young.

President Kenyatta made a stopover in Ruaka on Wednesday while on a visit to Kiambu.

He was inspecting a road project in the area. Upon completion, the road will connect Kiambu, Murang’a and Nairobi counties.