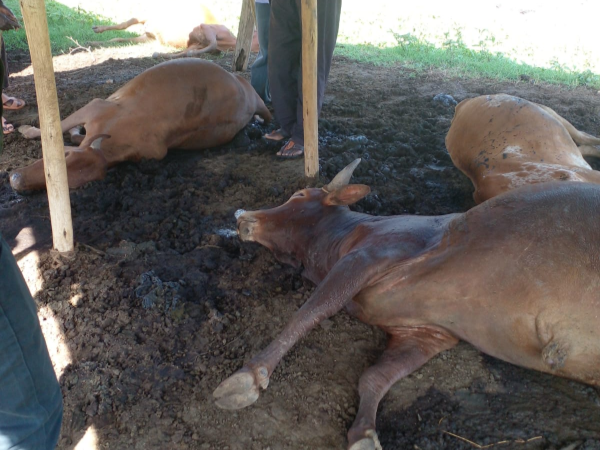 Some of the dead cows in Nyakach, Kisumu

Officers from the Ministry of Agriculture were sent to Nyakach in Kisumu County to scrutinize the cause of death of over 100 livestock in the region.

Members of the public were cautioned against buying any meat in Kisumu City and its environs. This comes a day after more than 100 cattle belonging to various farmers are said to have died in North Nyakach ward, Nyakach sub-county on Tuesday night. 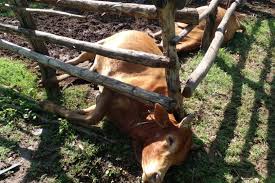 According to County Agriculture and Livestock executive Gilchrist Okuom, several cows have been reported dead.

“So far, my officers visited around seven families, but we suspect that more families could be affected,” Nyakach sub-county Police Commander Daniel Chacha started. Adding, “Police will issue a preliminary report on the mysterious death of the animals.”

According to the Agriculture officials sent to investigate the matter, they noted that the animals fell ill. Some animals were seen weak and the number of the dead cows are expected to go high.

However, veterinaries inform the people that foot and mouth disease, brucellosis and tuberculosis, bracken poisoning, anaemia, and mad cow disease are some of the infections that could affect a cow. They further added that this could lead to livestock death if not attended to.

On the other hand, Public health officers, distributed pre-medication drugs while awaiting for laboratory results to ascertain the cause of the death of the cows.
Additionally, the officers suspected that the animals fed on poisoned grass or drank contaminated water.

Health officials warned against roasting or cooking the meat from the dead cows.