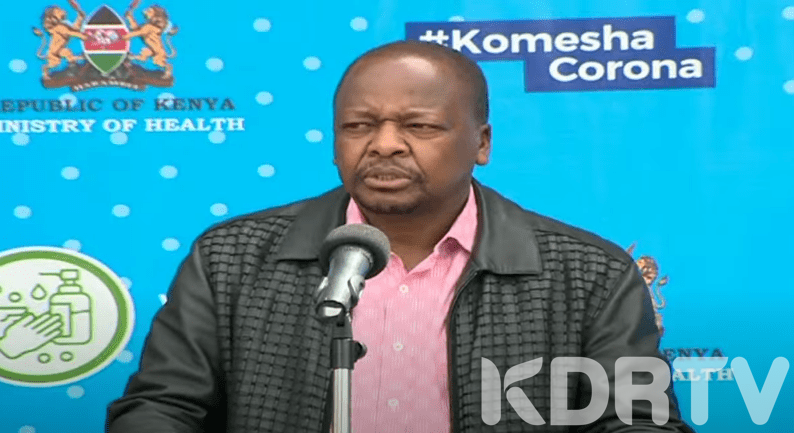 (KDRTV) – 39 Muslim women who were arrested while attending their friend’s wedding in Kayole on Sunday evening will be quarantined at their own cost.

Police arrested the women at Nasra Estate behind Mama Lucy Hospital, most of them are from Eastleigh Estate where a Muslim cleric succumbed to the dreaded Coronavirus last week.

The women were flouting government directives which had banned social gatherings as one of the measures to curb the spread of COVID-19.

According to police officers, they were informed by the public about the wedding.

When confronted, the women said that they had been few but were joined by youth who get crashed the wedding.

VIDEO | 39 women arrested at their friend's wedding ceremony in Nasra Estate in Komarock, Nairobi. The women were taken to KMTC where they'll be quarantined for 14 days at their own cost, Kayole OCPD Wilson Kosgey says. pic.twitter.com/2qvMxKxFyi

They were taken to the Nairobi Kenya Medical Training College (KMTC) where they will be quarantined for 14 days at their own expenses.

Health Cabinet Administrative Secretary Mercy Mwangangi had earlier on Sunday warned members of the public that anyone caught flouting curfew rules will be quarantined for 14 days and will have to bear the costs.

The government is becoming increasingly concerned with Kenyans who are flouting curfew rules.

Several groups have been accused of holding night parties and sneaking in and out of the Nairobi Metropolitan regions which is under cessation.

On Friday, Health CS Mutahi Kagwe warned that at least 28,000 Kenyans may die from Coronavirus if Kenyans do not respect the measures which have been set to curb the virus.