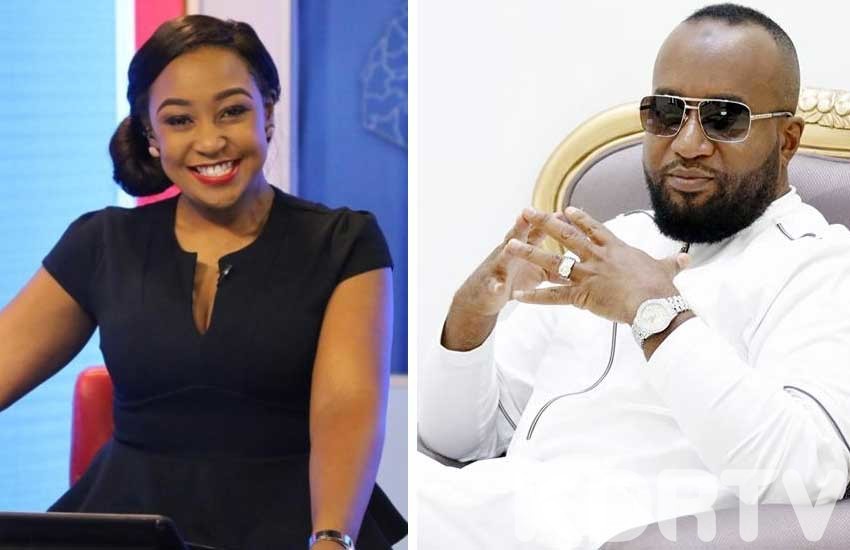 It all started when Joho shared pictures of himself and Suna East MP Junet Mohammed inside a luxurious private jet on their way to Dubai to visit ailing ODM leader Raila Odinga, Everything was ok until a hawk-eyed netizen spotted a handbag in one of the photos.

Things moved very quickly as online detectives found photos of Betty Kyallo with a similar handbag. From here, it was easy to make conclusions. Some people with very rich imaginations even claimed that it could have been Betty who was behind the camera.

So Junet Mohamed and Ali Hassan Joho went to check on Baba Raila Odinga in Dubai and KOT through VAR just confirmed one more member in the entourage in the person of Betty Kyalo . Enyewe ya mungu ni mengi ya KOT ni VAR.. #RudishaAokofacebook pic.twitter.com/FCvuJTK16P

There is no doubt that the governor and the journalist once dated. However, Joho was not the reason Betty broke up with her husband of six months TV journalist Dennis Okari.

In an interview with the True Love Magazine in 2017, Betty said that she met the politician after divorcing Okari, She said Joho was also going through the same thing, a separation “and we connected on that level. We tried to have something and it gave me comfort because we understood where we were with each other. He was easy to talk to, hang out and have fun with.”

Read Also: The Day Jeff Koinange Cried Like a Baby

Joho is said to have spoiled Betty with love and all the good things a girl would want in life. A house in Nairobi’s Kilimani area, two luxury vehicles; a BMW X6 and a Porsche Cayenne.

It is unlikely that the two would be back together in 2020.