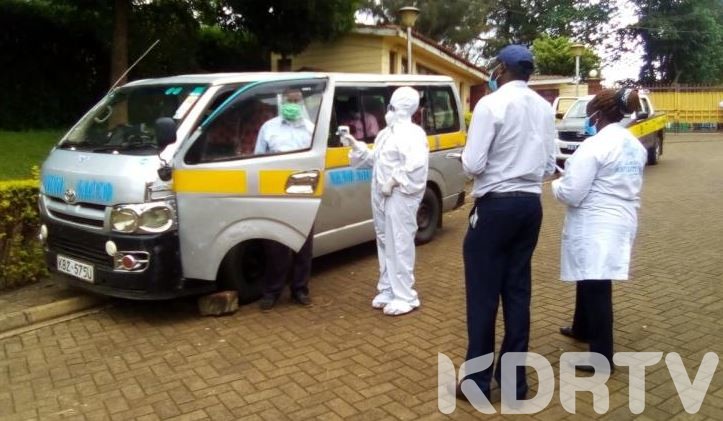 (KDRTV) – Passengers who had escaped cessation in Kilifi County are currently quarantined at Kenya Medical Training College after being intercepted by a hawk-eyed Matatu driver.

The driver who ferried the passengers from Kitui to Embu heard one of them talking on phone and saying that they had almost reached Embu after travelling from Kilifi. Kilifi is one of the five counties affected by the cessation of movement order of a substantial number of COVID-19 cases reported.

‘“A passenger said on the phone that he was almost reaching Embu from Kilifi. I recalled that Kilifi is on partial shutdown due to Corona and I feared that I may have been exposed by those passengers and would infect my family and the community. I called the Neno Sacco office which then reported to the police,” Daniel Kariuki told The Standard.

Authorities were immediately alerted and rushed to the bus terminus to intercept the passengers. They are set to be tested for COVID-19 at the Embu KMTC before being quarantined for 14 days. A senior government official said the passengers will be charged with disobeying a government order after the 14 days.

“After the mandatory quarantine, the two passengers will be prosecuted for travelling from Kilifi without authorisation from the government. The State has imposed a travel restriction in Kilifi County to curb the spread of Covid-19. This pandemic is real and is killing,” the official said.

The Health Ministry has warned Kenyans against disregarding the measures put in place by the government to curb the spread of the virus which has claimed the lives of at least 30 Kenyans. However, it seems some Kenyans are flouting these measures.

Subscribe to watch latests videos
In this article:COVID-19 in Kenya,Embu,Headlines