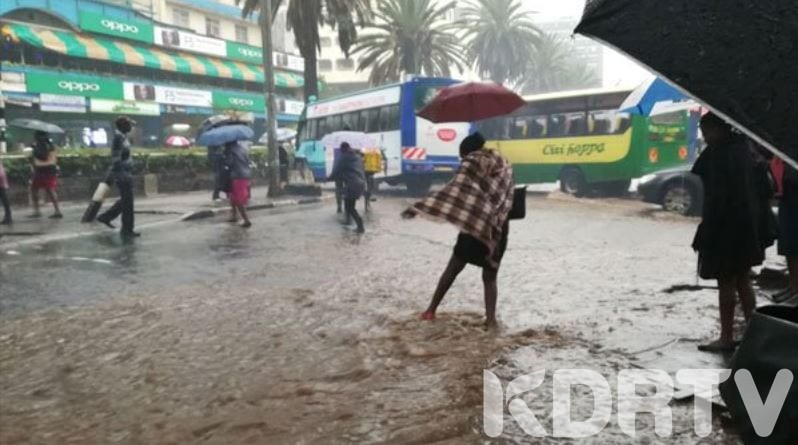 (KDRTV)- The Kenya Meteorological Department has sent a warning to the public that they should expect heavy rains for the next one week from Tuesday, January 23.

The warning also revealed that parts of Southwest, Central and Nairobi area will experience rainfall of more than 20mm in 24 hours

Reports by the department indicate that from Saturday, January 25 to Monday, January 27 the rainfall is expected to intensify to more than 30 mm in 24 hours over the coast Southeast, Central including Nairobi Area, western and parts of northeastern regions

However, according to the reports, the rains are anticipated starting reducing from January 30 over most parts of the country. Counties which likely to be affected include

“Residents in all the mentioned areas are advised to be on the lookout for potential flash floods. They are advised to avoid driving through, or walking in, moving water or open fields and not to shelter under trees and near grilled windows to minimize exposure to lightning strikes,” read a statement from Met. department.