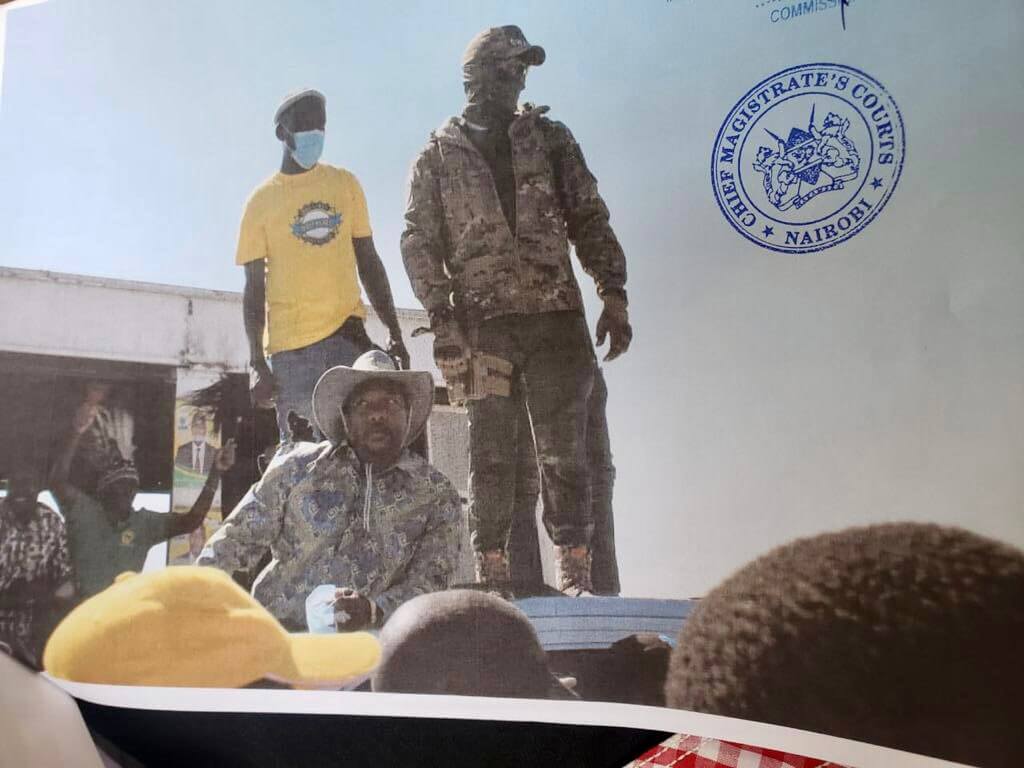 (KDRTV) – Ex-Nairobi Governor Mike Sonko may spend the next one month within the walls of Kamiti Prisons, if the prosecution gets its request to hold him over terror related charges.

The Director of Criminal Investigations (DCI), yesterday told the court that Sonko is connected to financing terrorism activities and is at an advanced stages of procuring arms and ammunition using a complex and sophisticated syndicate.

The prosecution produced a picture of the politician wearing military gear. The picture also shows one of Sonko’s private bodyguards in full military regalia. 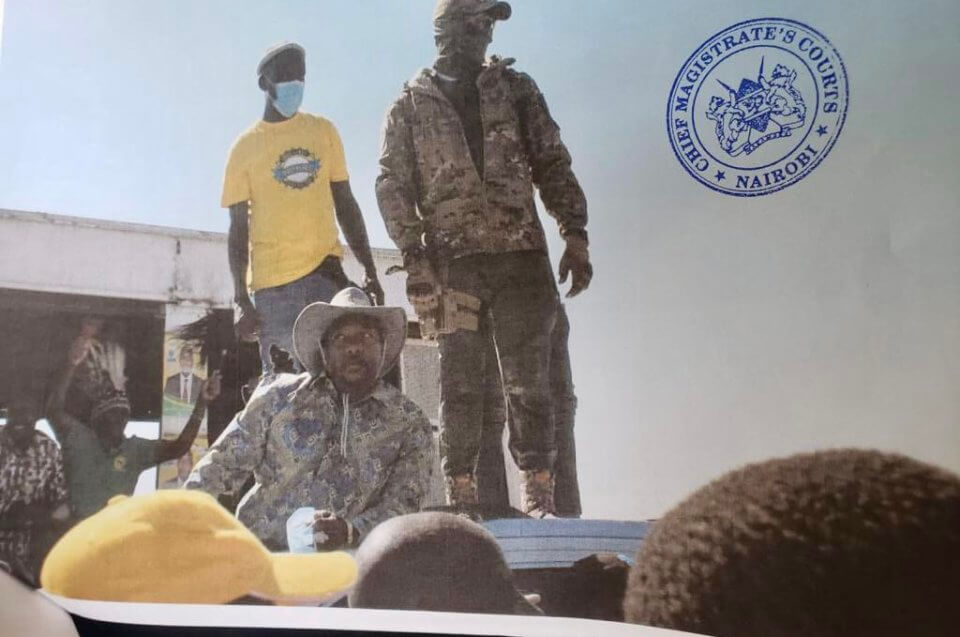 According to security agents, the attire is associated with terrorist groups who pose a danger to the security and sovereignty of this country. They want Sonko to be held for 30 days to investigate this danger. 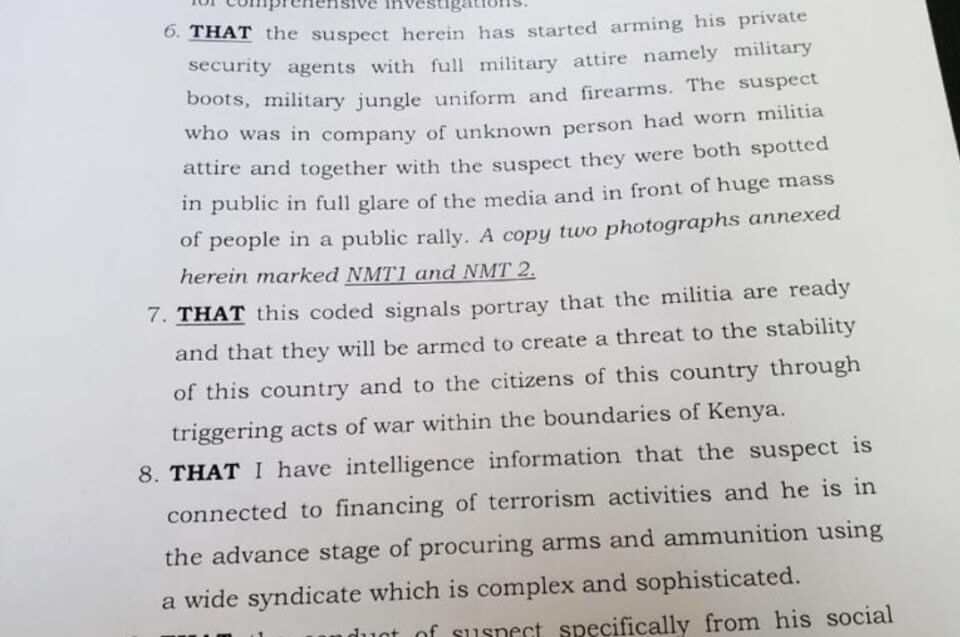 It is worth to note that Sonko is not the only politician who has been pictured in military gear. Jubilee female politicians dressed in full military attire during the 2017 campaigns. Mombasa Governor Hassan Joho has donned military attire in the past.

Police also claim that the Governor has a huge influence on social media which he aims to use in influencing the intended attacks.

The former Governor was produced before the Kahawa Courts on Wednesday evening. The sitting magistrate had to sit beyond normal hours to listen to the case.

Sonko was later taken to Kamiti Maximum Prisons which is just next to the case. This is despite a Kiambu Court directing police to hold him at Gigiri Police Station.

Earlier on, Sonko had been at Milimani Courts for a corruption case. He is now facing three cases concurrently.

Kenyans on social media are divided over Sonko’s woes with some saying that he is paying for his public utterances.

However, they both agree that Sonko’s woes are not related to the cases he is facing but his Fallout with the government.